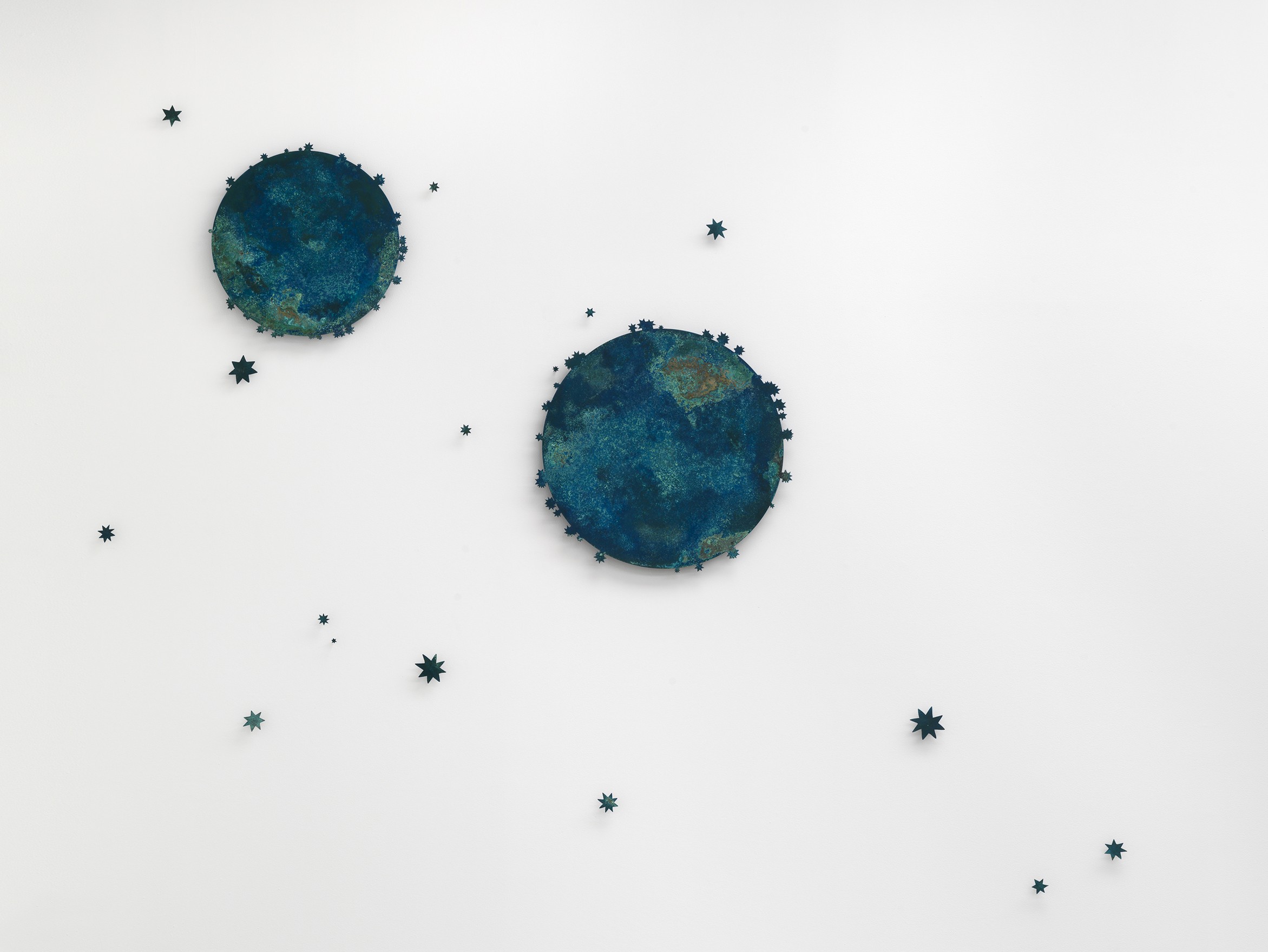 Since the early 1980s, Smith has ‘used the body as metaphor, drawing upon myth, spirituality and narrative to consider the human condition, its strengths and its frailties’.* Smith’s work has been concerned with the interdependence of the natural world; her exhibitions and installations express the vitality of an animistic, spiritually charged universe.

Smith’s imagery shows the fundamental elements of life: humans in their diversity; animals, birds and other reptiles; flora and fauna; geology and the elements; as well as the firmament with its suns and moons and stars, all in generative and destructive harmony. She creates an idiosyncratic cosmology.

Kiki Smith’s work draws upon the vast manifestations of creativity throughout history, including Byzantine icons, medieval tapestries and 1930s Hollywood, ancient Greek simplified sculptural female figures known as Korai, and film techniques such as jump-cuts, pixelation, and storyboards. The idea of film frames, with their slight, almost uncanny reconfigurations over time, serves as another point of reference for Smith.

This exhibition explores Smith’s interest in narrative and storytelling through sequencing, and the mysteries that inhabit the imaginary and literal space between works. A major theme within the exhibition emerges from the number of works that closely interrelate with or echo each other. Smith is responding to her interest in doubling and sequential repetition, for, as Smith has commented herself “I think there’s a spiritual power in repetition, a devotional quality”.