Timothy Taylor is pleased to introduce a new series of paintings by Dallas-based artist Richard Patterson (b. 1963, Surrey, UK). The exhibition features six abstract paintings and a single abstract-and-figurative work, The French Lesson. Though Patterson has explored the relationship between abstraction and figuration for over twenty years, his latest series of paintings sees the artist focus on pure abstraction: combining the painterly expansiveness of gestural abstraction with an intimate scale that draws the viewer in.

Coating the canvas in vivid swathes of colour, Patterson draws upon the influence of post-war Abstract Expressionists with equal parts sincerity and self-reflexive irony. Despite their abstraction, he sees these works as suffused with subject matter, part of a whole alongside his figurative works. ‘Great figurative art has always had elements of abstraction. Similarly, my abstract works have a pictorial space that evokes portraiture and landscape,’ says Patterson.

Patterson’s figurative works blend passages of abstract brushstrokes with appropriated imagery from consumer culture and art history. In The French Lesson, Patterson carefully recreated a desaturated, near-monochrome photograph of a model taken from a British advertisement for cars. The woman’s face is partially masked by collaged brushstrokes and fragmented areas that resemble the panels of an antique car, painted in shades of azure borrowed from an image of a vintage blue Bugatti. A sense of cinematic drama shoots through the painting, paying homage to an imagined past through the lens of 1960s Italian cinema and culture: racing through the Italian mountains in a fast car, hair blowing in the wind. 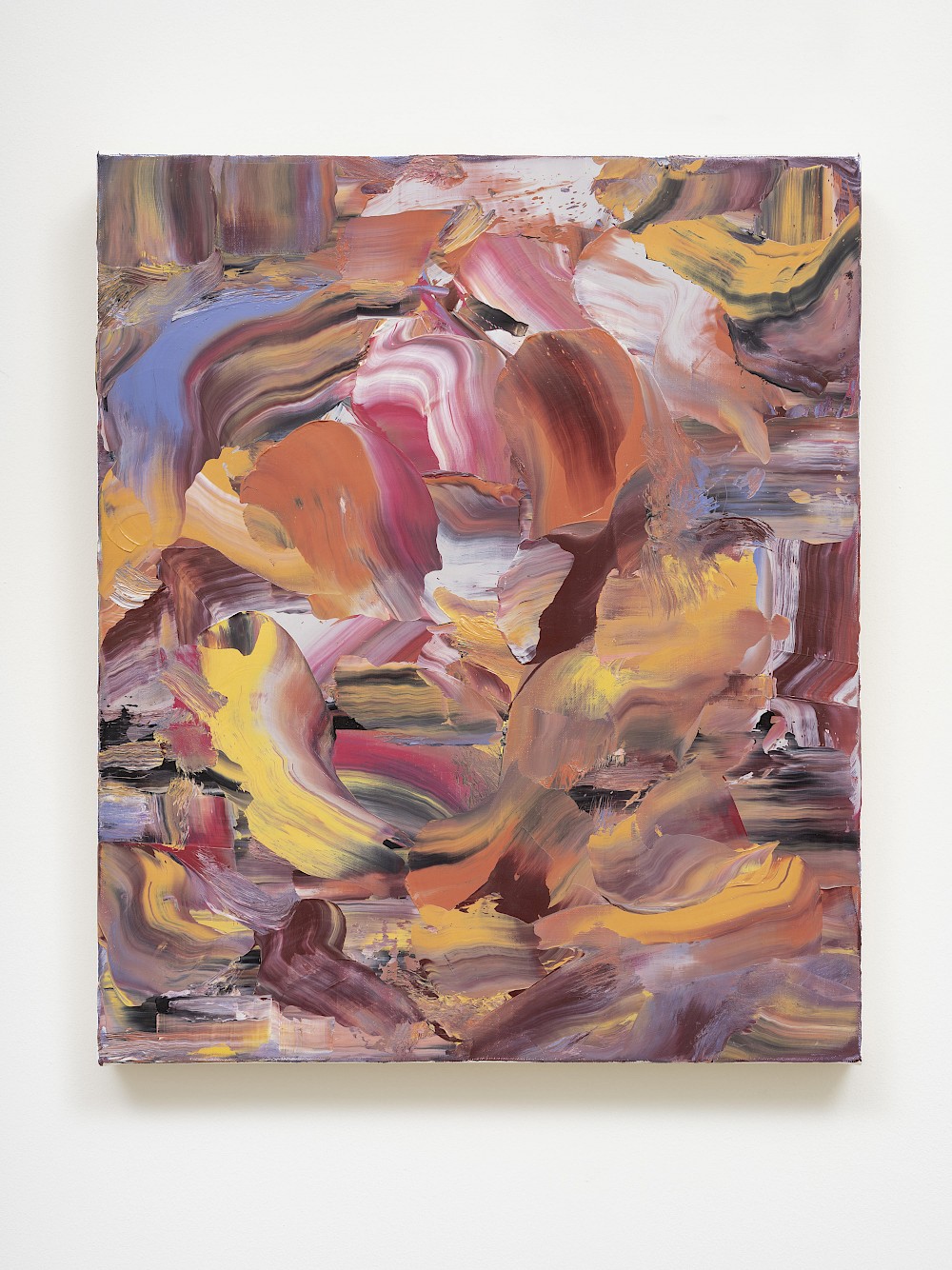 Patterson paints his abstract canvases wet into wet, requiring immense focus over one continuous session. ‘It’s a bit like surgery, I imagine – you get deep into it, and then at a certain point you have to know when to let it go. You have to be alive to what the painting is telling you, to respond and yet to suspend judgement. It uses a different part of the brain,’ the artist notes. In sharp contrast, Patterson realizes the abstract-and-figurative works with exacting precision, working from a smaller maquette over a course of months. With their contradictory combination of painterly abstraction and figurative elements and rich, jewel-toned pigments, they formally recall the work of the English painter Howard Hodgkin (1932–2017). 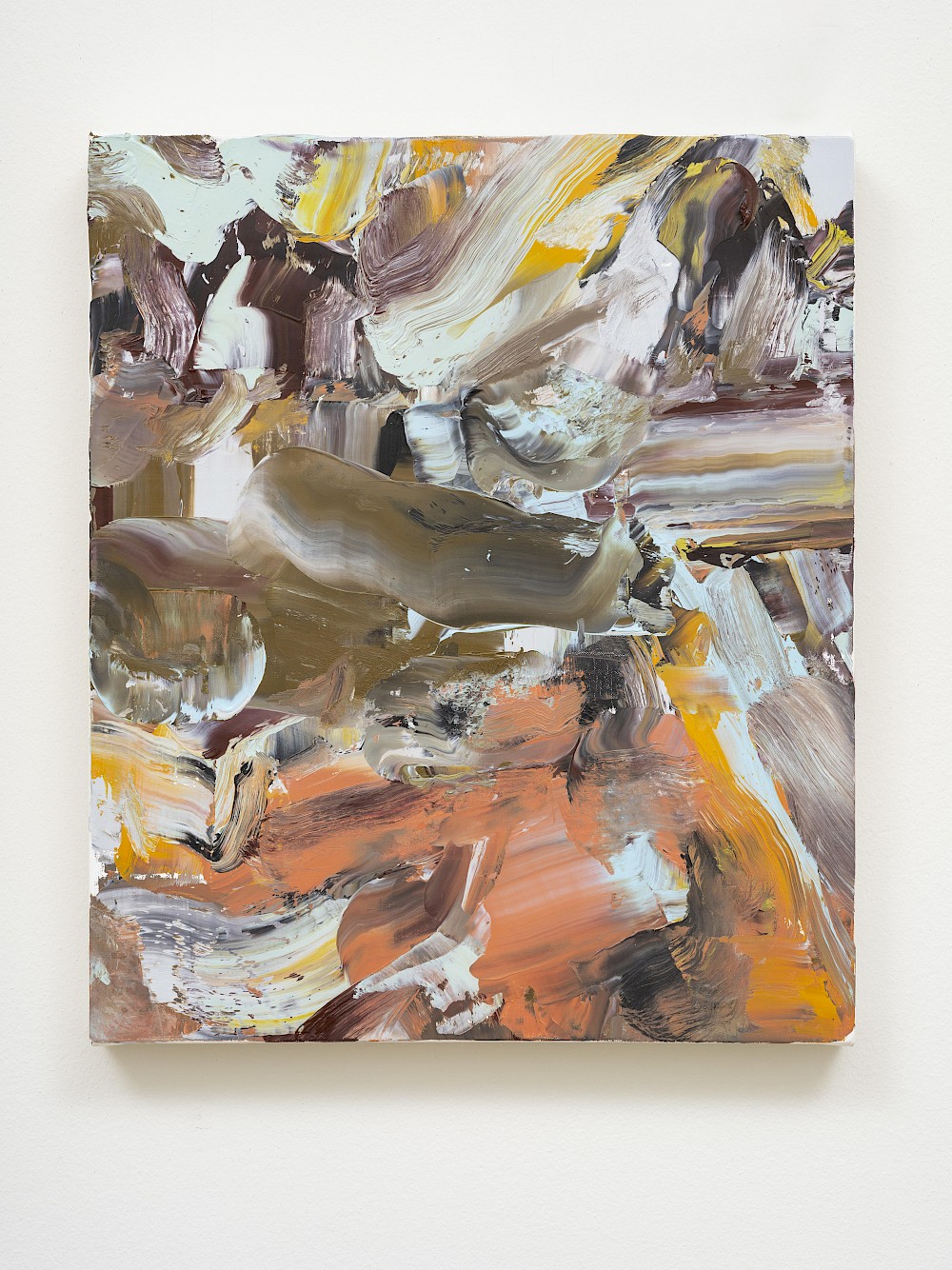 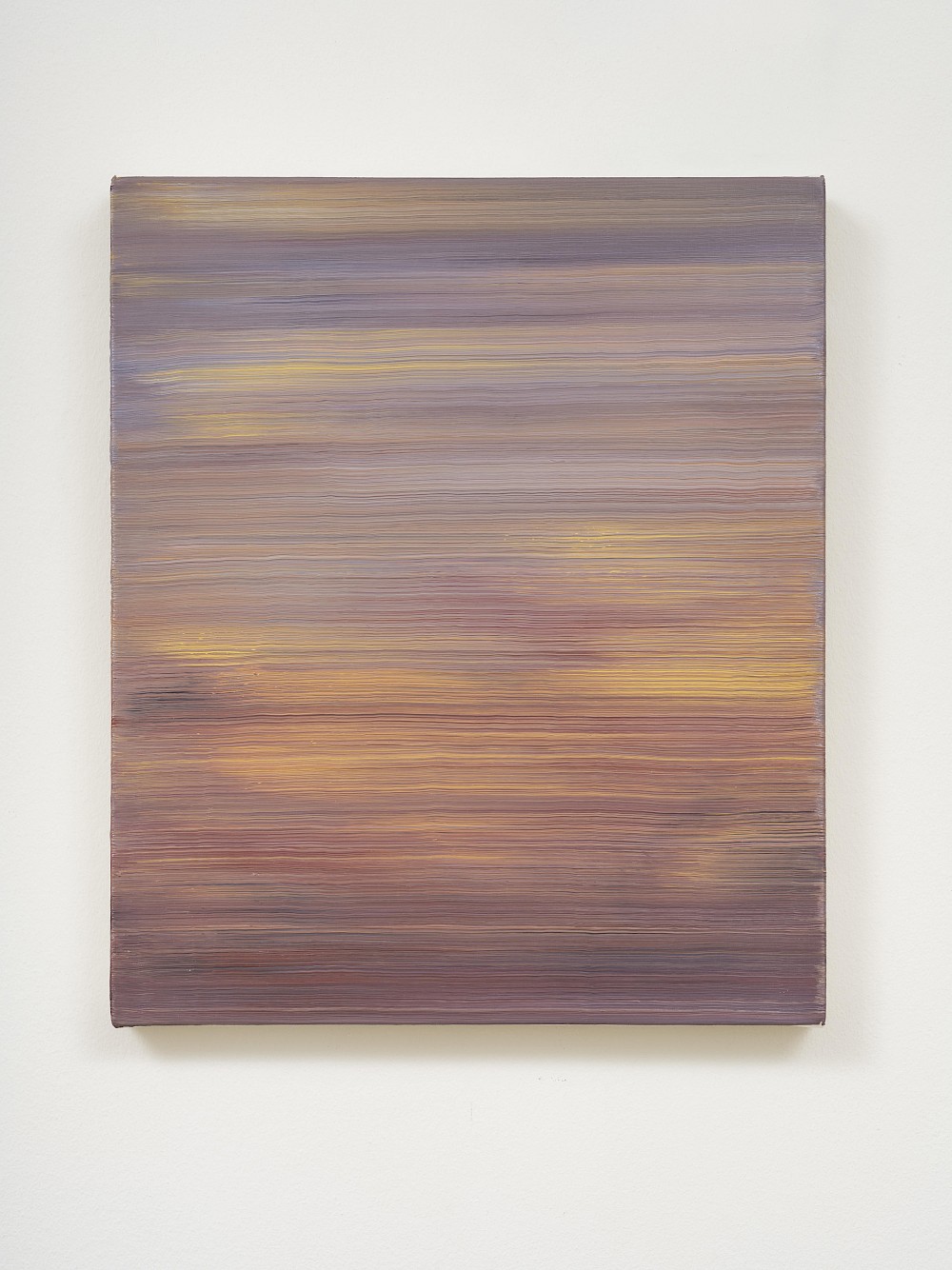 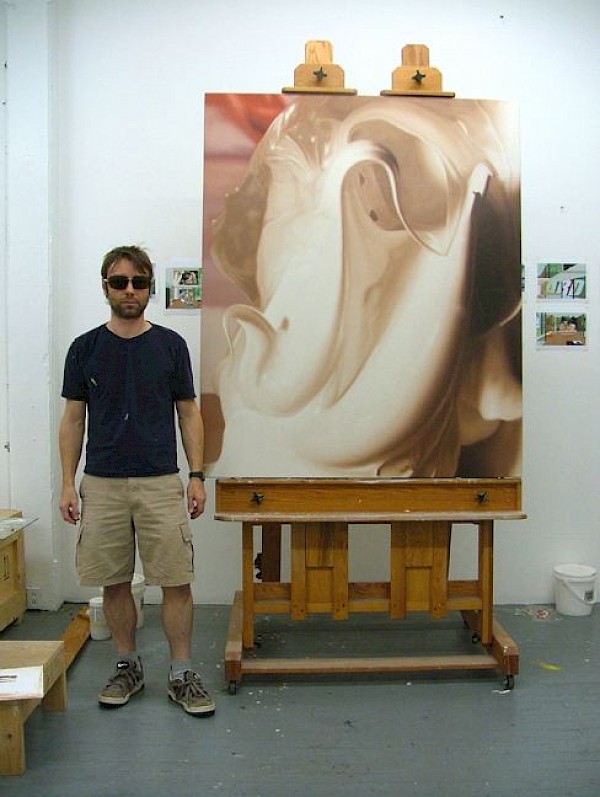 Richard Patterson rose to prominence in the late 1980s with the Young British Artist movement in London, and was included in Damien Hirst’s era-defining Freeze exhibition in 1988. He creates complex, layered multimedia paintings which both reflect and critique contemporary culture, building upon the traditions of twentieth-century European and American art. Patterson lives and works in Dallas, Texas. Recent solo exhibitions include Timothy Taylor, New York, NY (2018, 2017); FLAG Art Foundation, New York, NY (2014); the Goss-Michael Foundation, Dallas, TX (2009). In 2017, Patterson featured in the annual Summer Exhibition at the Royal Academy, London. Patterson’s work was included in the 2018 edition of The Anomie Review of Contemporary British Painting.