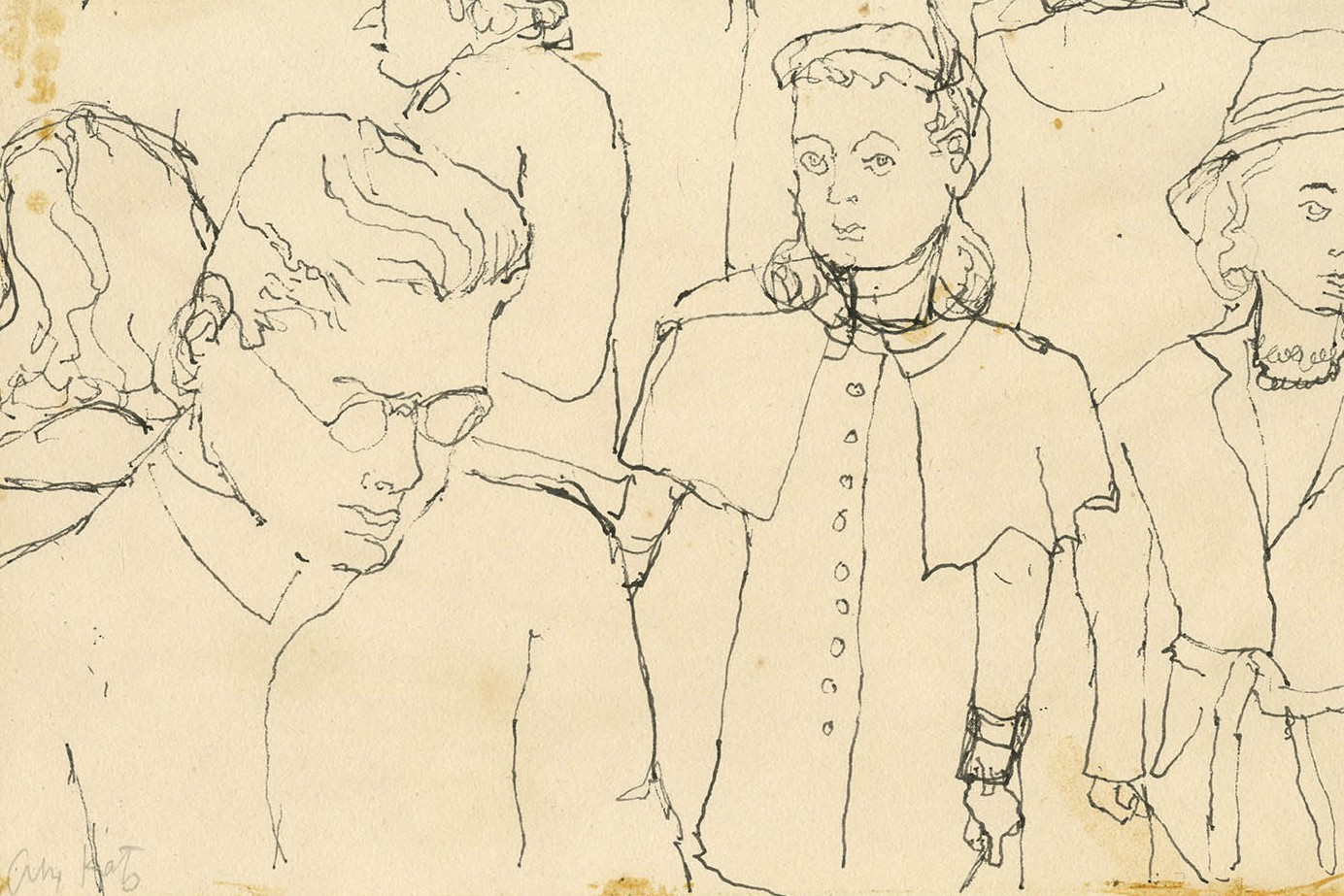 Alex Katz: Subway Drawings, 27 April – 30 June 2017, New York
Timothy Taylor is pleased to announce an historic solo exhibition by Alex Katz, of the artist’s notebook drawings from the 1940s, presented in collaboration with Gavin Brown’s enterprise, New York/Rome. This will be the first time these drawings are brought together in an exhibition.
Read more PDF View Artist 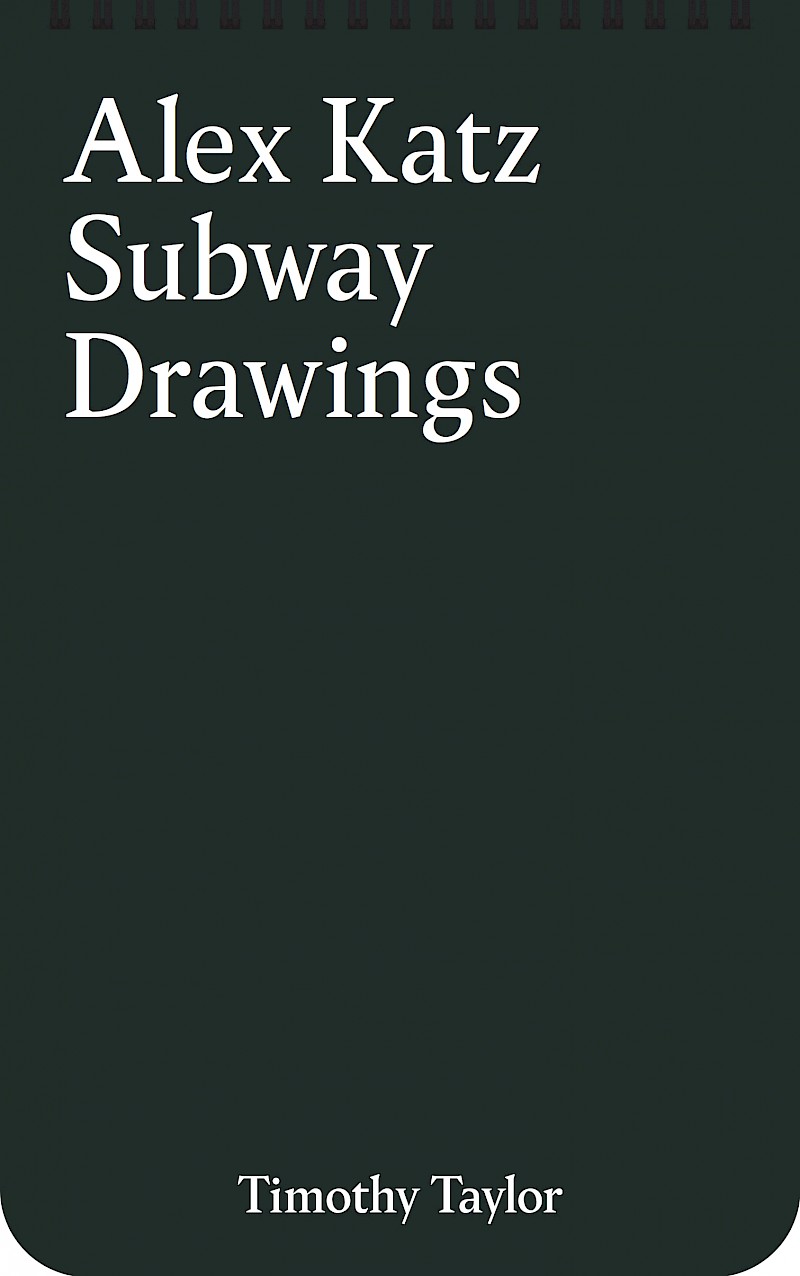 Alex Katz: '...I started drawing around the clock - while commuting in subways, on lunch breaks ...after dates on the … 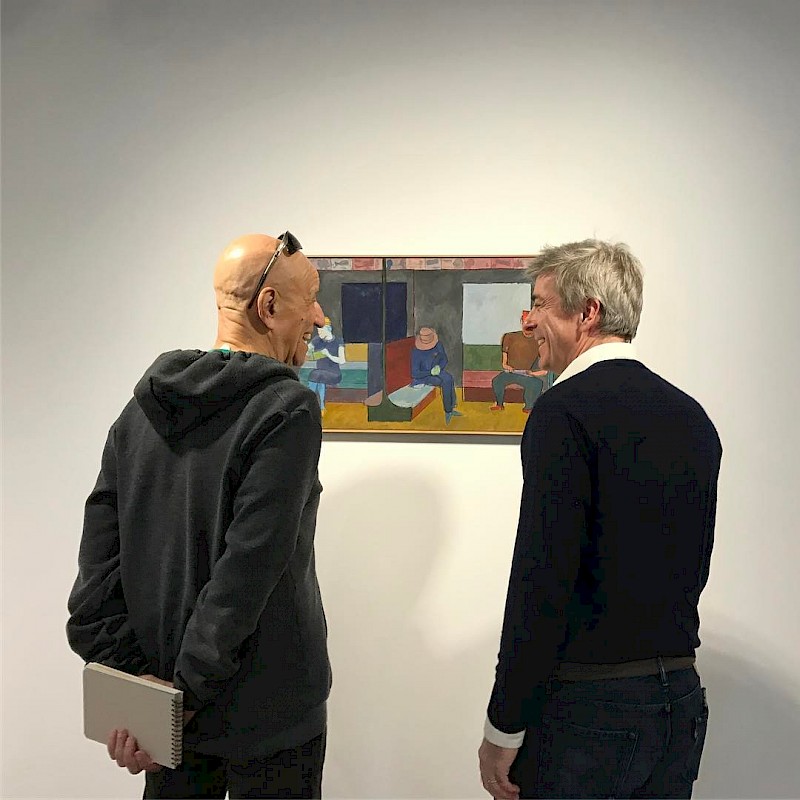 Timothy Taylor is pleased to announce an historic solo exhibition by Alex Katz, of the artist’s notebook drawings from the 1940s, presented in collaboration with Gavin Brown’s enterprise, New York/Rome. This will be the first time these drawings are brought together in an exhibition.

Coming of age as an artist in the 1940s in New York, Katz developed his unique approach to contemporary representational painting in reaction to the dominance of Abstract Expressionism, prior to the emergence of Pop Art. Subway Drawings exemplifies the artist’s life-long pursuit to capture the present tense, through a highly accomplished but sparse line that has endured throughout his prolific career. Drawing serves as a crucial facet of the artist’s practice – a tool of immediacy that articulates Katz’s most essential images, across all the processes in which he engages.

During his time at Cooper Union, Katz chose figures on the subway as his subjects, preferring them over the models in the Cooper Union Art School figure drawing studio, where he attended from 1946–49. Riding the subway into the early hours of the morning, sketching portraits of passengers, the subway in effect became Katz’s classroom.

These experiments were part of Katz’s search for a unique style of visual communication and bear witness to the artist’s development as a draftsman – a critical element of his acclaimed painting practice. The drawings are deceivingly complex: there is a sense that the subjects, despite sharing a subway car, were never present in the same space or at the same time. Lost in their own contemplation, Katz’s subjects are surrounded by nothingness. There is no background or narrative, aside from the viewer’s interpretation of the work. This tension is essential to Katz’s style: portraits are rendered in fragmented moments, captured in the fleeting period between one subway station to the next. Though completed 70 years ago, Katz’s subway drawings bring forth a charged immediacy.

Katz is represented in over 100 public collections worldwide, and throughout his career has been the recipient of numerous awards: The John Simon Guggenheim Memorial Fellowship for Painting in 1972, and in 1987, the Pratt Institute’s Mary Buckley Award for Achievement and The Queens Museum of Art Award for Lifetime Achievement. Katz was inducted by the American Academy of Arts and Letters in 1988, and recognized with honorary doctorates by Colby College, Maine in 1984 and Colgate University, Hamilton, New York in 2005. In 2007, he was honored with a Lifetime Achievement Award from the National Academy Museum, New York.