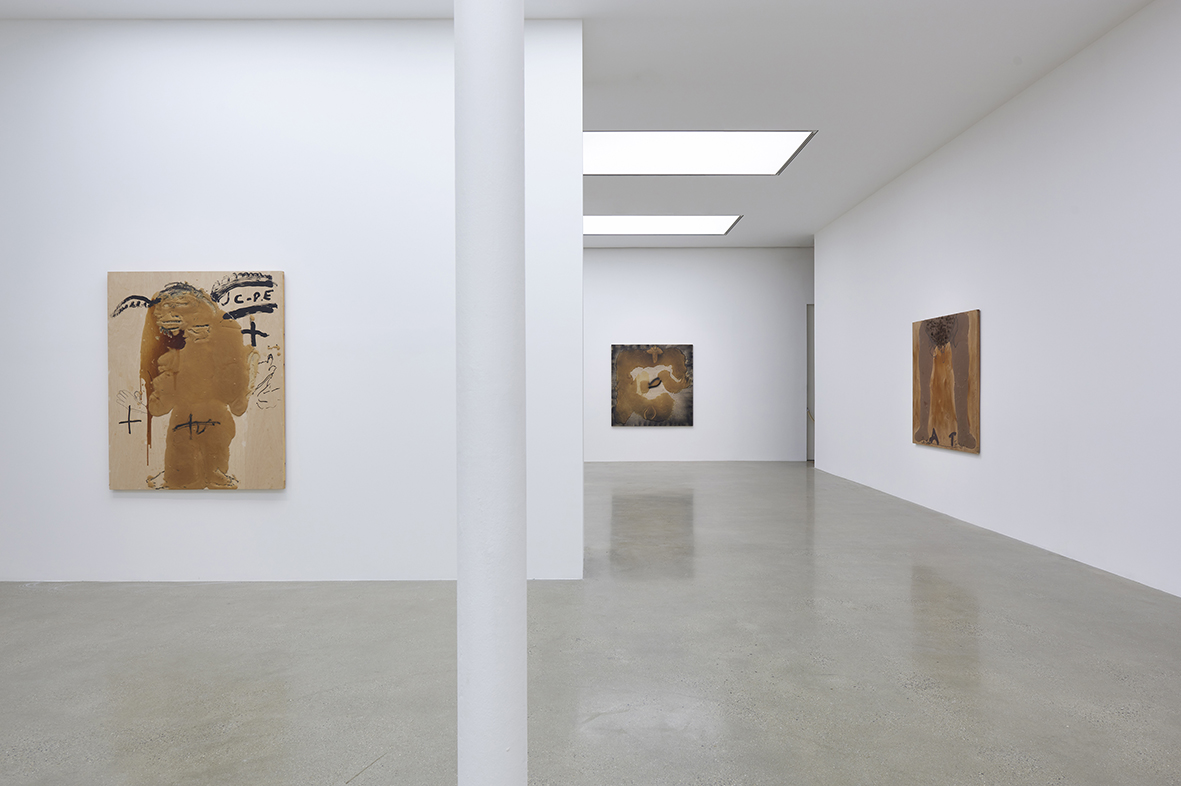 Timothy Taylor is honoured to present an exhibition of works by celebrated Catalan artist Antoni Tàpies (1923–2012) that, for the most part, have never been shown outside of Spain before. Emerging in the period between 1999 until the artist’s death, these late works, often monumental in size, reveal the artist at his most vigorous. 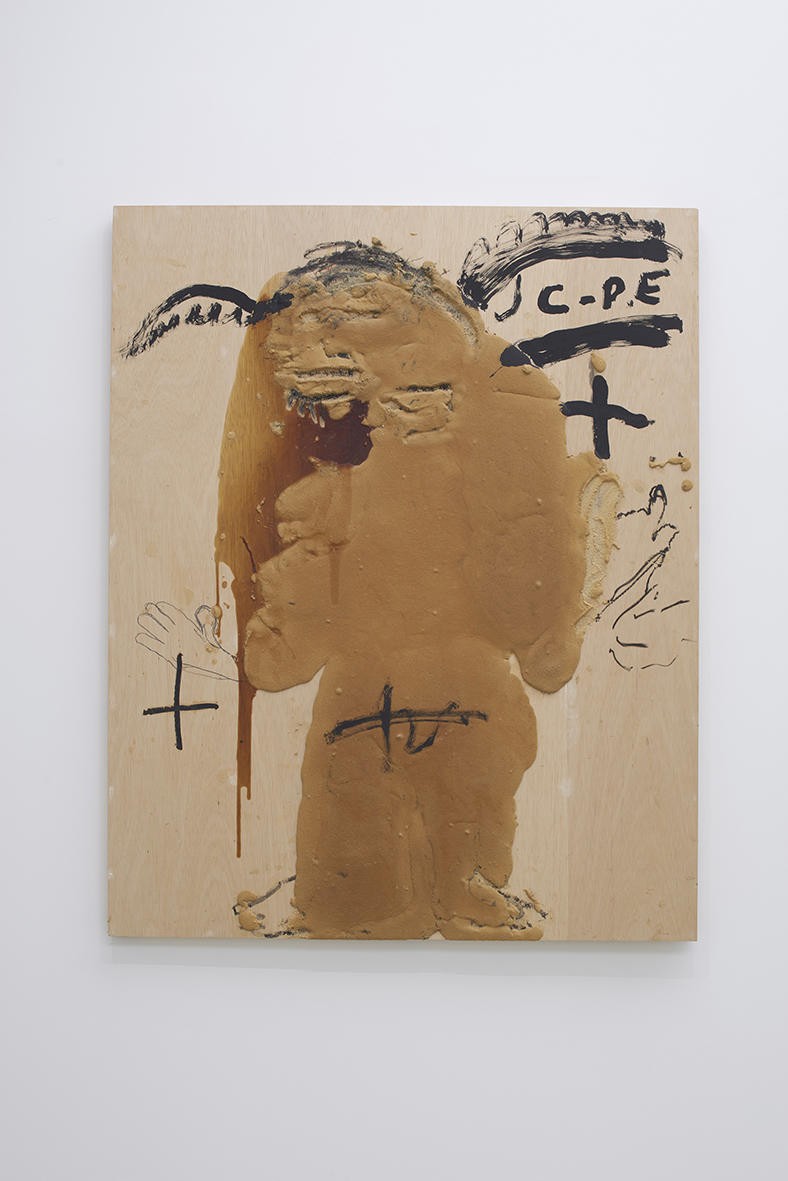 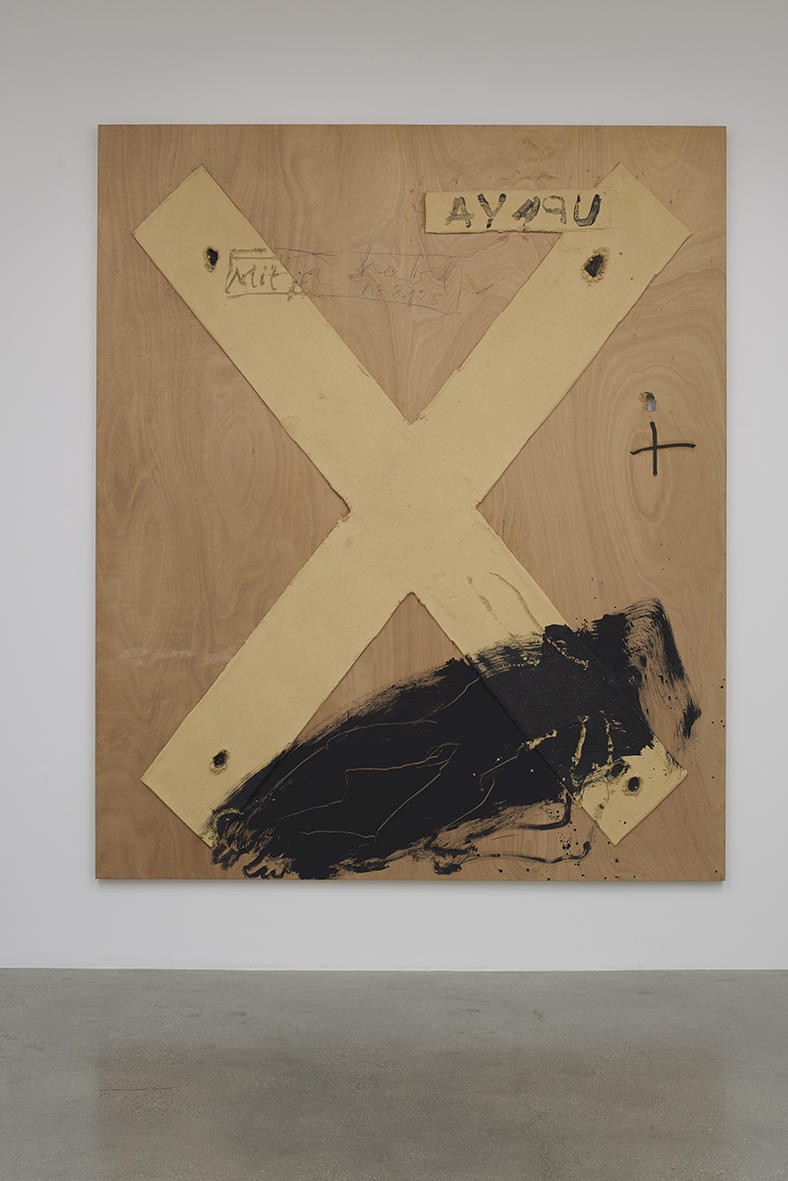 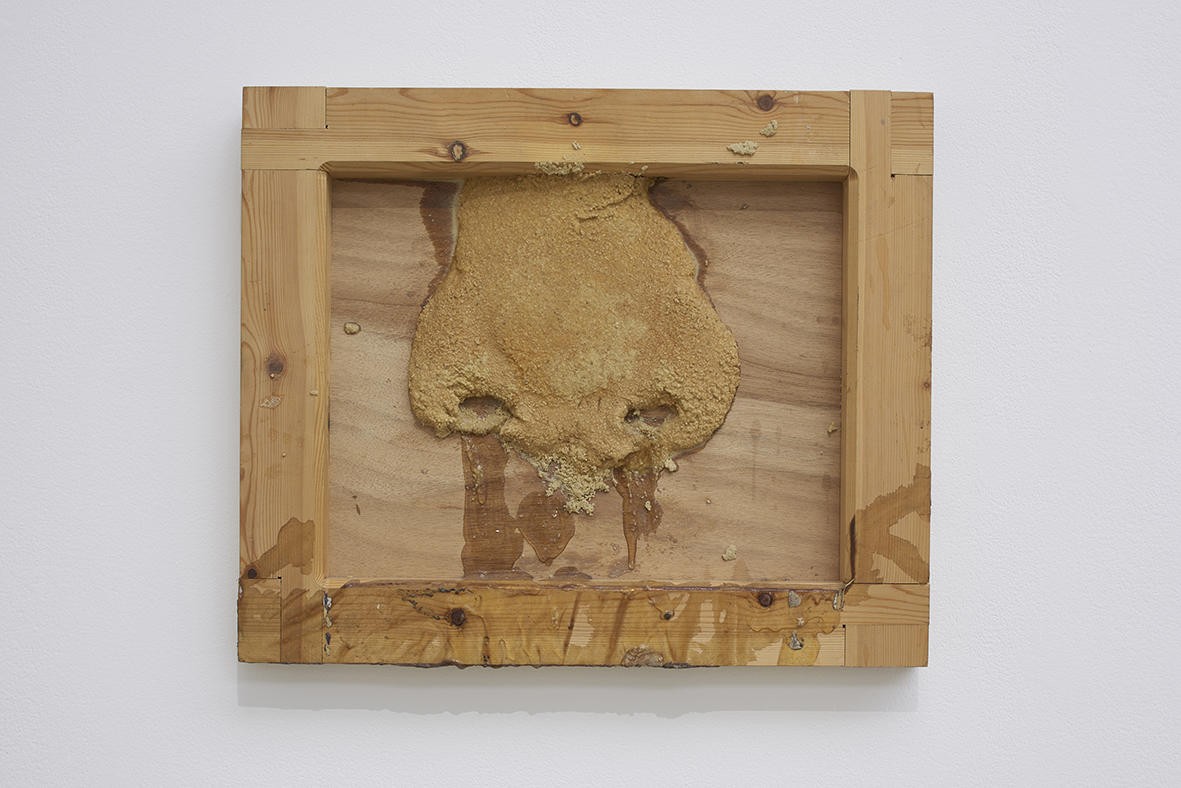 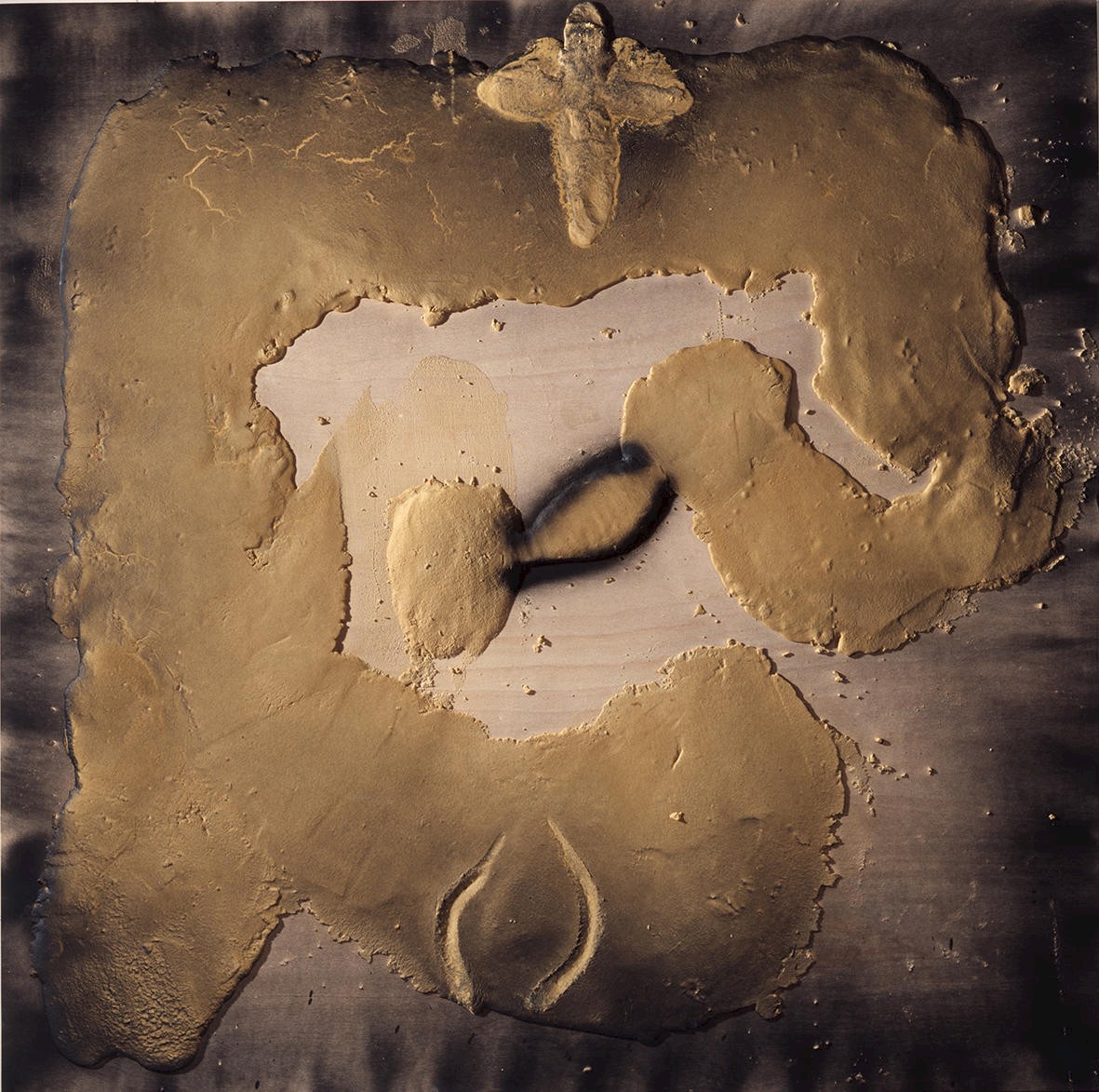 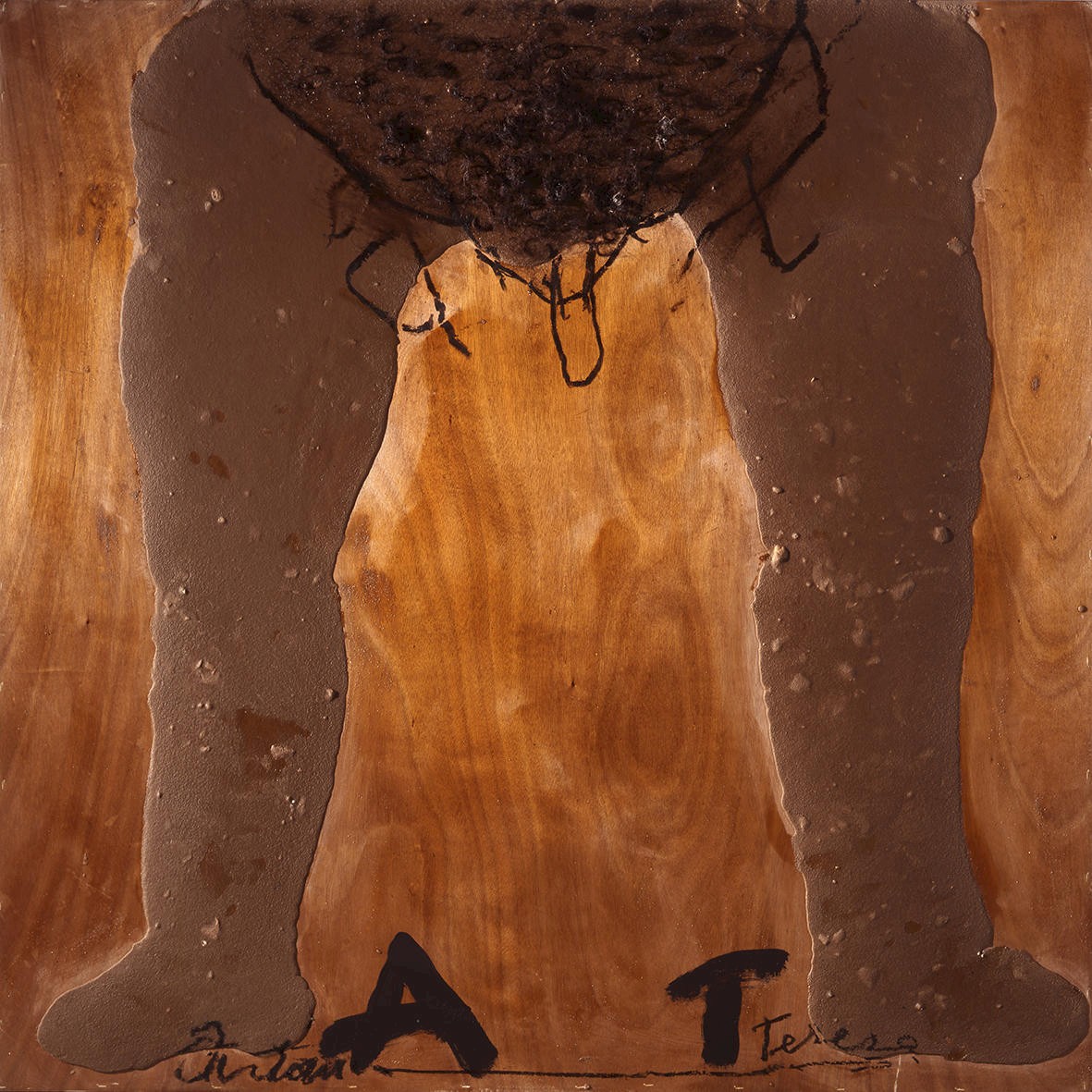 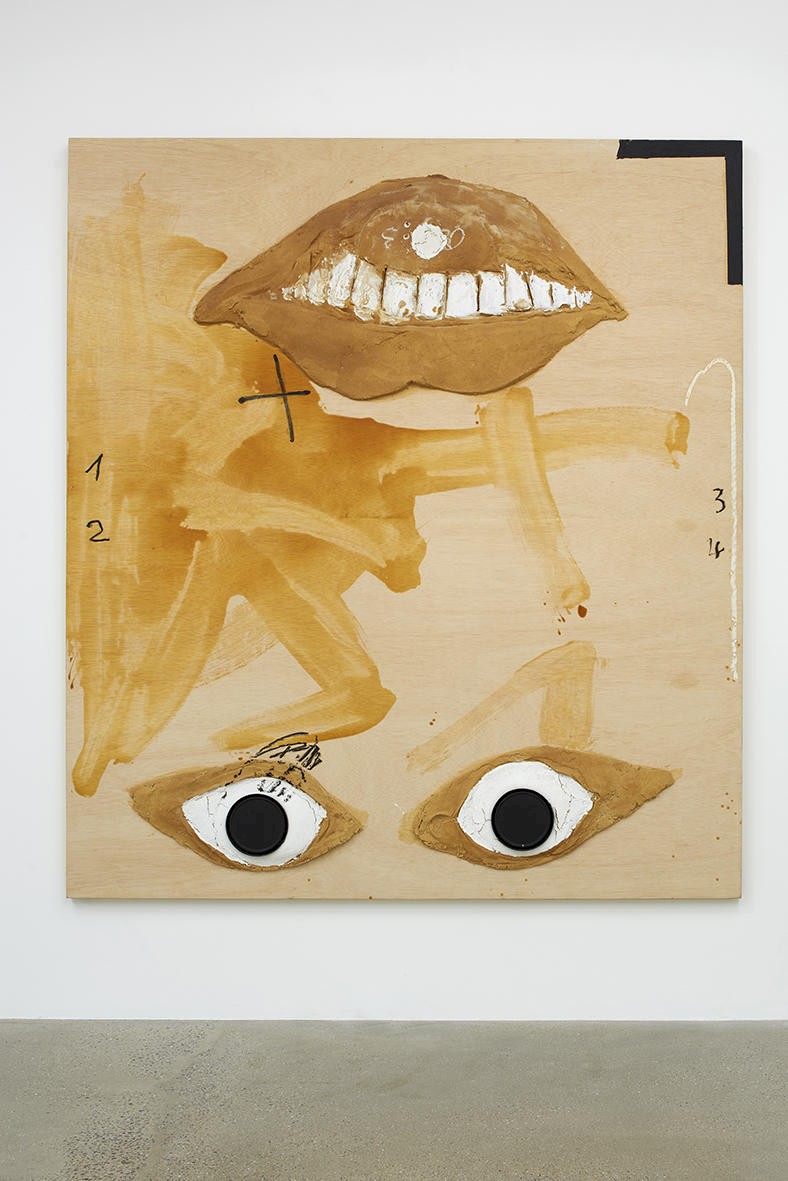 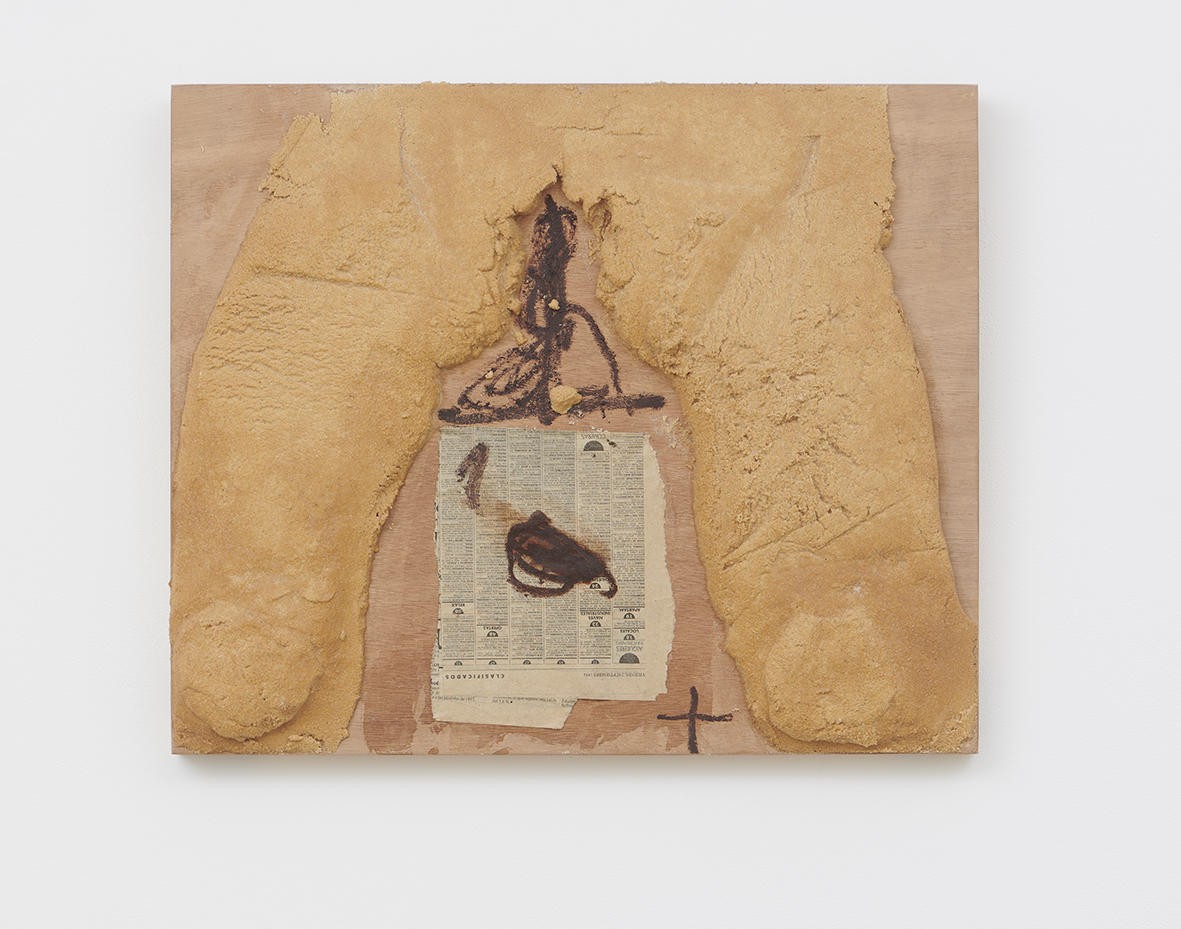 Cames i diari, 2005, Mixed media and collage on wood 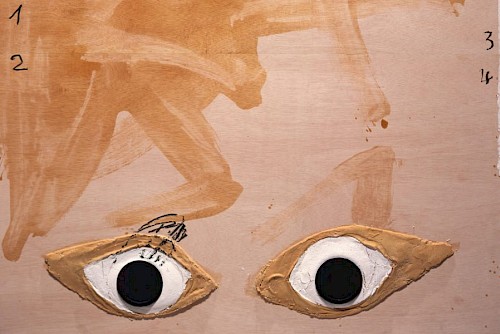 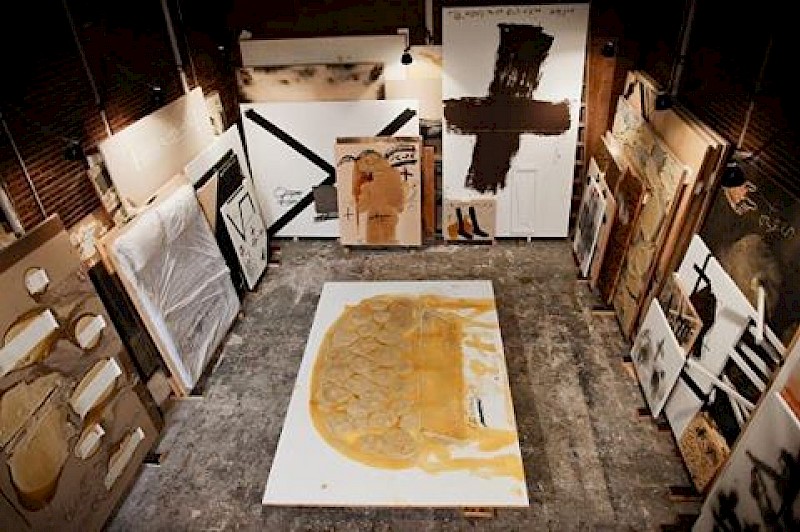 Timothy Taylor is honoured to present an exhibition of works by celebrated Catalan artist Antoni Tàpies (1923–2012) that, for the most part, have never been shown outside of Spain before. Emerging in the period between 1999 until the artist’s death, these late works, often monumental in size, reveal the artist at his most vigorous.

As early as 1955, Antoni Tàpies declared: “If forms are not capable of wounding, irritating or inducing society to meditate, to make it realise how backward it is, if they are not a revulsive, then they are not authentic works of art.” This position is evident in the works he produced throughout his long and prolific career, not least of all the explicitly confrontational, ambiguous works produced after 2000.

Tàpies believed that an artist’s responsibility was to interpret the contemporary situation. Now more than ever, these late works seem to demand a reflection on the human condition. In bringing us directly back to the body, in confrontational works that suggest violence, sex, bodily excrement – the abject – Tàpies undermines the ease of disassociation our screen-based culture has produced.

Tàpies was of the generation defined by Maurice Merleau-Ponty’s assertion that instead of understanding our bodies as something we have, we rather are our bodies. For Tàpies, the body was a site of representation since the 1950s, and a way of exposing what we refuse to see and confront, but that is essential to understanding our own conscience.

In order to access the universal through the personal, Tàpies employed pathos – an artwork’s ability to effect an emotional response in an audience by triggering a personal recollection. In Cames i AT (2011), the artist offers us a pelvis and legs, as well as genitalia comprised of abstract, black gestures and human hair. This bold image is juxtaposed with the artist’s name, and the name of his wife, suggesting a portrait – the union of man and woman, a figure neither explicitly male nor female, but possibly both. This way interpretation is left open through strategic ambiguity.

According to Theodor Adorno’s definition of ‘late’ in an artist’s oeuvre, the works included in this exhibition can be categorised as such due to their fragmentary nature – where the process is manifest, and the works maintain the “superiority of their mystery.” The fragment became a more determined strategy for Tàpies in his late work.

Tàpies flirted with figuration and abstraction simultaneously. Even at his most abstract, images emerge from matter. In the painting Matèria sinuosa (2010), violent images materialise from the seemingly abstract forms, suggesting a human torso and arms engaged in a brutal act. While his materials create an immediate, physical experience, his distortion of the image has an unsettling effect – matter offers nothing concrete. In this way the viewer completes the work by intercepting the image with personal experience and imagination. As he stated in conversation with Barbara Catoir in 1991: “I see that by barely suggesting things the association of ideas I like to provoke in the spectator widens.”

Antoni Tàpies was one of Spain’s most accomplished and prolific artists. He extended Spain's early avant-garde lineage (Pablo Picasso, Joan Miró, Salvador Dalí) to become a leading figure in the country's art world in the second half of the twentieth century. His work is included in numerous public and private collections internationally including Tate Galleries, UK; The Museum of Modern Art, New York; Galleria Nazionale d’Arte Moderna, Rome; Le Centre Pompidou, Paris; Stedelijk Museum, Amsterdam; and the Museum of Contemporary Art, Los Angeles. Tàpies represented Spain in the 45th Venice Biennale in 1993 and was awarded the Golden Lion. He remained an influential presence in Spain for over sixty years, until his death in 2012.