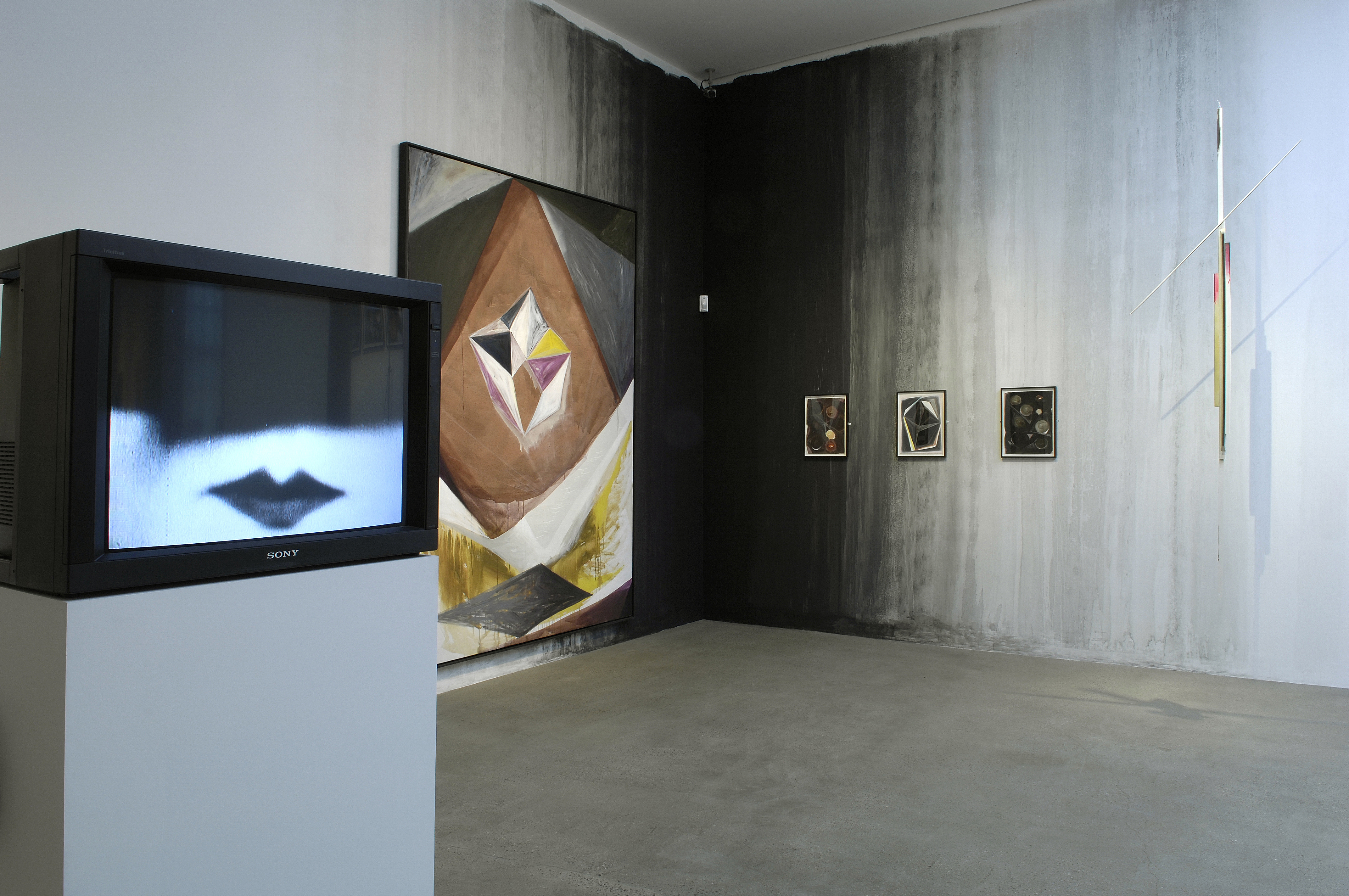 Taking its title from Fernand Leger’s lyrical Dadaist film of 1924, Ballet Mécanique reflects the influence amongst contemporary art practitioners of early 20th century Modernist art movements, such as Dada, Surrealism, Constructivism and the Bauhaus movement, which are today re-cast, re-contextualized and re-examined.

The exhibition provides many examples of how contemporary artists have returned for inspiration to the dynamic abstraction of Constructivism, the absurd and unruly qualities of Dada and Surrealism, or the inclusive decorative and fine arts practice of the Bauhaus, which incorporated ceramics, textiles, collage, photography, architecture, furniture, silent film and expressive dance, and how these forms and styles are used as vehicles for complex investigations into the unfinished business of utopian and dystopian narratives.

The exhibition contains a diverse and dynamic range of media: from wall paintings and collages and sculpture (Jan Albers), to painting and sculpture installations (Hansjoerg Dobliar), 16mm film (Emily Wardill), ceramics (Mai-Thu Perret), wall based reliefs (Melissa Gordon), photography and chemograms (Sadie Murdoch and Markus Amm), printmaking (Jacob Dahl Jurgensen), collage and textiles (Dirk Stewen), tableaux (Mathilde Rosier), and painting (Michael Bauer and Thomas Zipp). These contemporary works are anchored against rare works by some of the most significant artists from the early 20th century such as Oskar Schlemmer and Robert Delaunay.

While many of the works in the exhibition revel in pure abstraction and form, others explore contemporary issues such as alternative social models, ideal communities, critiques of power, gender politics and psychoanalysis. The exhibition builds on other recent exhibitions such as Pale Carnage at Arnolfini, Bristol, and The Subversive Charm of the Bourgeoisie at Vanabbemuseum, Eindhoven.