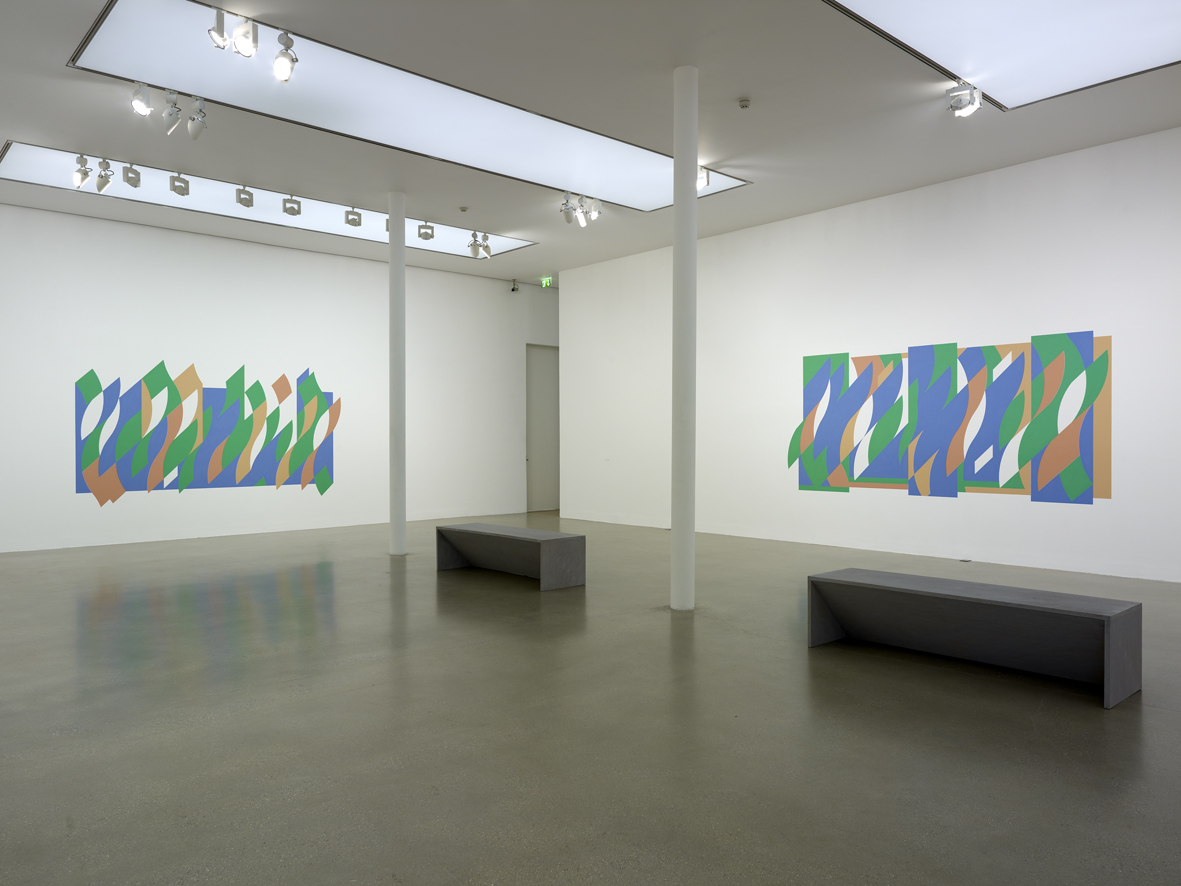 Timothy Taylor Gallery and Karsten Schubert are delighted to announce the second exhibition in the gallery by the internationally acclaimed painter Bridget Riley. Working specifically to the cool and elegant proportions of the gallery space, Riley premieres two specially created wall paintings, as well as new paintings and gouaches.

Riley’s art is one of continual discovery and exploration, of testing the limits and of uncovering new challenges: “You cannot deal with thought directly outside practice as a painter: ‘doing’ is essential in order to find out what form your thought takes” (Work, Bridget Riley, Flashback, Arts Council catalogue 2009).

After the success of Riley’s colourful stripe paintings of the 1980s, the artist sought new challenges and a way to move the eye in different ways over the canvas. The result of her subsequent investigations with collage and drawing was the creation of a lively new form, a patch of colour similar to a brush mark, which was free of any associations with the square, the stripe, or other recognisable forms. This particular shape, refined and developed in recent years, offers the opportunity for an incredible melding of form and colour. Riley uses its inherent curves to create works of great energy and movement, building up complex layers of interlocking vertical and diagonal planes. In her most recent paintings, these dynamic, layered forms interrupt and threaten to break out from the picture plane – overhanging the frieze-like frame, they jostle and strain to escape, demonstrating Riley’s consummate creation of a ‘supple plastic space’ within the fictive realm of painting.

Riley’s work is a compelling and complex study of how form and colour are interwoven, and the complexities and joys to be had from that co-mingling. Commenting in Frieze magazine on Riley’s major exhibition in Paris last year, Michael Bracewell observed that over the past 50 years, Riley has been engaged in “an epic excursion into the consciousness of time, place and memory, refined from an infinity of elements into a universal and symphonic text, open to all”. As the artist herself observed, “Pure perception – untrammelled perception – is surprising: startling, exciting, powerful and beautiful” (Bridget Riley in conversation with Lynne Cooke, 2005).

Bridget Riley’s lifelong achievement and contribution to the history of painting is widely recognized. This year, she was awarded the prestigious Kaiser Ring of the City of Goslar with previous recipients including Henry Moore, Max Ernst, Joseph Beuys and Jenny Holzer amongst others. She is also the first subject in a new series of retrospective exhibitions entitled Flashback. The show opened at the Walker Art Gallery, Liverpool this September celebrating significant early purchases by The Arts Council Collection and will also travel to three additional venues in the UK.

Bridget Riley was born in London in 1931. She studied at Goldsmiths College, 1949 – 1952 and the Royal College of Art, 1952 – 1955. In 1969, she was the first woman to win the International Prize for Painting whilst representing Britain at the 34th Venice Biennale. Riley was made a CBE in 1974, and in 1998 was awarded the Order of the Companion of Honour. Major exhibitions have included the Hayward Gallery, 1970 and 1992/94; a British Council touring retrospective in the USA, Australia and Japan, 1979; and retrospective exhibitions at Tate Britain, 2003; Museum of Modern Art in Sydney, Australia, 2005; City Gallery Wellington, New Zealand, 2005; and Musée d’Art Moderne de la Ville de Paris, 2008.