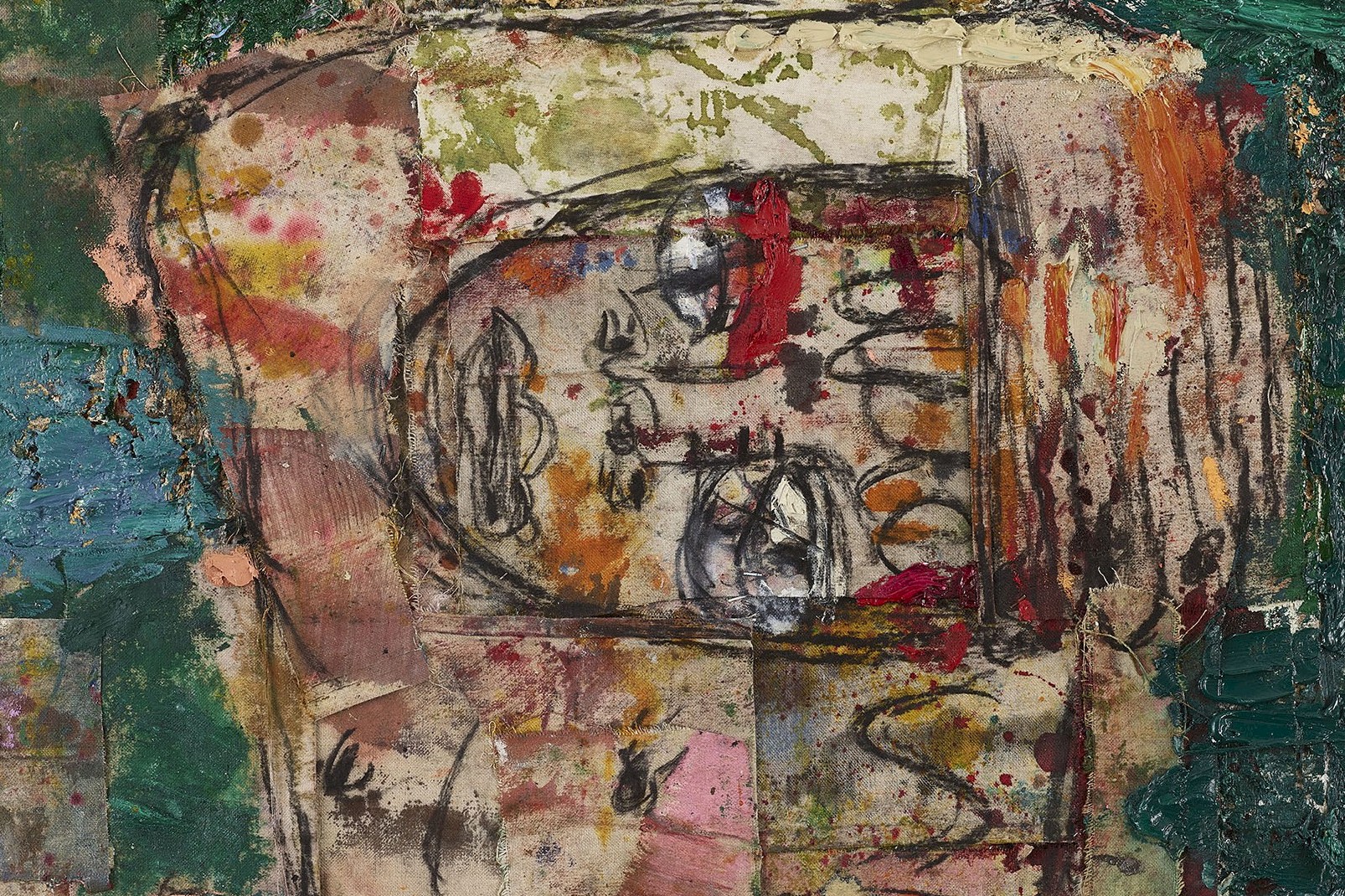 Timothy Taylor is pleased to present Cave Continuum, the first New York exhibition of London-based artist Daniel Crews-Chubb. Crews-Chubb (b. 1984) is known for large-scale paintings that mine the legacies of Art Brut, Arte Povera, and Abstract- Expressionism, and interrogate symbols and archetypes of art history. The paintings in Cave Continuum anticipate a major new public artwork by Crews-Chubb commissioned by English Heritage for Wellington Arch, London, which will be unveiled in April 2020 and remain on view for a year.
Read more View Artist 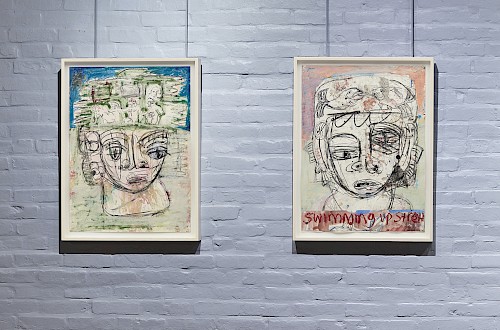 Cave Continuum features nine new paintings and six drawings in which Crews-Chubb explores the possibilities of depth, texture and space in relation to the canvas. Surface and material are central to his technique of experimental collaging, in which he patchworks canvases with layers of fabric that are, in turn, covered with thick paint, pumice, and expressionistic charcoal drawing. Rarely using brushes, Crews-Chubb applies paint with his hands to build labyrinthine layers that emphasize the sculptural form of the canvas. He is driven by the challenge of creating something new in the wake of mid-century painting masters, a pursuit that informs both the subject and material in his works, which are an encyclopaedic melange of stylistic references—the clotted impasto of Neo-Expressionists like Frank Auerbach, the gestural drawing of Willem de Kooning, and the moody vibrancy of Vincent van Gogh.

“We live in post-modernity, an oversaturated world of disposable images, where at the touch of a button we can access the whole archival history of art. In a way, I’m a reactionary—my surfaces are a reaction against the flatness of a digital image. They corrode the boundary between sculpture and painting,” says Crews-Chubb.

Cave Continuum focuses on the universal links that Crews-Chubb finds in the reappearance of certain symbols throughout art history, exemplified by the figure of the head. Reminiscent of fragments of ancient sculptural artefacts, Head with Serpents (2020) blends these sources into an otherworldly amalgam in the form of a mysterious, androgynous face. The figure wears a headdress with serpentine forms coiling out around looping, improvisational marks that verge on abstraction. Hand-painted in vivid scarlet and teal pigments, Crews-Chubb crafts each element of the head in individual fabric planes on a patchwork surface composed of oil pastel, ink and spray paint.

Cave Continuum debuts Flowers, a new series by Crews-Chubb that represents a departure for the artist, who had never previously painted a still life. The Flowers series deconstructs van Gogh’s Sunflowers series, transforming the expressionist’s saturated golden hues and swirling brushstrokes into a polychromatic range of colours. Historically, van Gogh’s obsession with the series and even the tones of his acid yellow and green pigments have been associated with the fever of his madness, a sense of passion that Crews-Chubb channels into his own interpretations.

His paintings are populated by a personal mythology of figures inspired by ancient sources, including those that Crews-Chubb calls ‘totemic characters’, such as the monumental figures seen in Mare Imbrium with Moths (2020) and The Acrobat (2020). Reminiscent of Henry Moore’s erotically charged bronze sculpture,The Acrobat is inspired by sources as diverse as grotesque sheela-na-gig (or “old hag”) carvings found on medieval European churches, Gothic letters taken from the British Macclesfield Alphabet book, and twentieth-century photographs of contortionists.