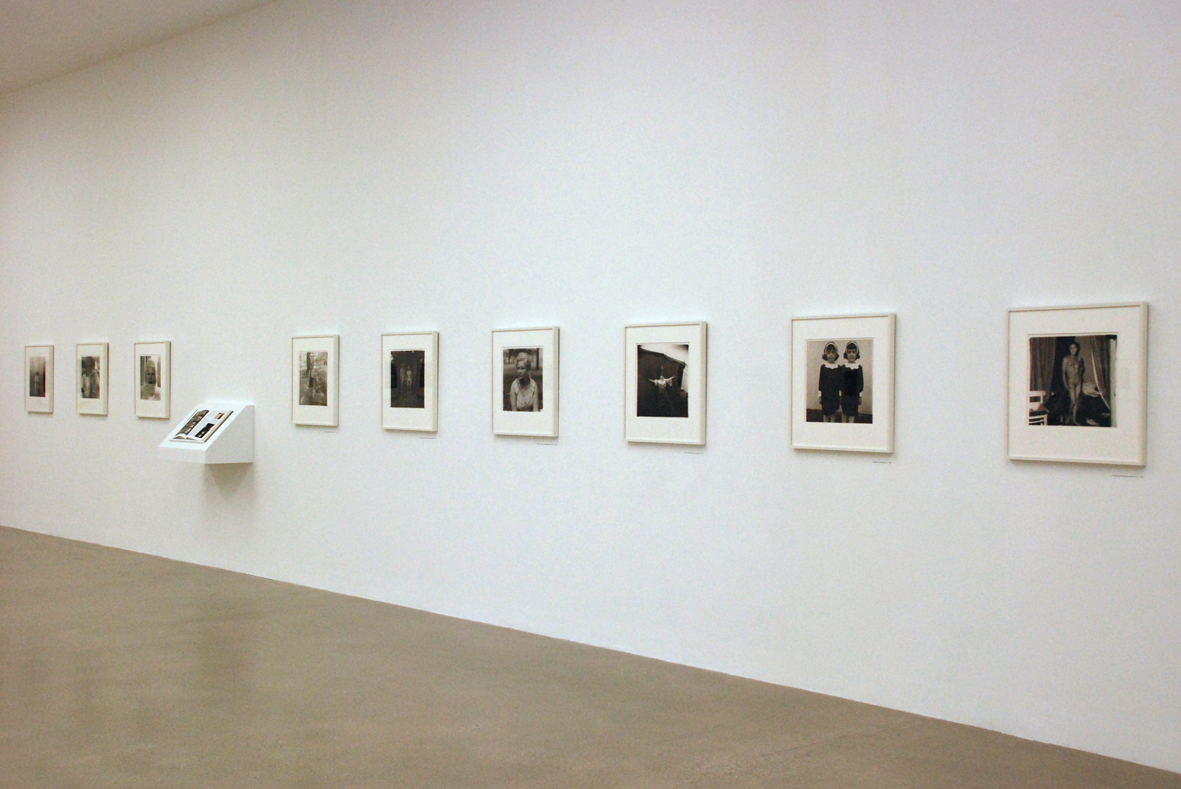 Diane Arbus, 20 May – 27 June 2009, London
Timothy Taylor Gallery is delighted to present a major exhibition of works by American photographer, Diane Arbus (1923 – 1971). The exhibition will comprise sixty photographs, many not seen before in the UK, and which span the period from 1957 to 1971.
Read more View Artist

Timothy Taylor Gallery is delighted to present a major exhibition of works by American photographer, Diane Arbus (1923 – 1971). The exhibition will comprise sixty photographs, many not seen before in the UK, and which span the period from 1957 to 1971.

One of the most original and influential photographers of the twentieth century, Arbus’s subject matter is people; adolescent couples, young children, sophisticated socialites, circus performers, nudists, eccentrics and transvestites. In each instance, the subjects are simply documented, captured in their own context. As Arbus emphasised, “…I don’t like to arrange things. If I stand in front of something, instead of arranging it, I arrange myself.” The gaze is direct. The relationship between sitter and photographer self-conscious and unique. Arbus is our witness. In ‘Child with a toy hand grenade in Central Park, N.Y.C. 1962’, a young, grimacing child confronts the camera. His expression manic, his intention unclear, he is caught and preserved in the moment. Arbus exposes the extraordinariness of the everyday. As John Szarkowski, organiser of the 1967 Museum of Modern Art exhibition New Documents, emphasised, “The portraits of Diane Arbus show that all of us – the most ordinary and the most exotic of us – are on closer scrutiny remarkable”. This is particularly evinced by, for example, ‘Puerto Rican woman with a beauty mark, N.Y.C. 1965’, a portrait striking in its unflinching honesty, or ‘Teenage couple on Hudson Street, N.Y.C. 1963’, where the pathos of the child emulating the grown-up is inescapable.

The exhibition will also include a significant group of photographs from Arbus’s ‘Untitled’ series. These photographs were taken at residences for people with development disabilities in the last years of Arbus’s life, between 1969 and 1971. The atmosphere of these photographs is markedly different from Arbus’s earlier work. The residency patients are photographed outdoors singly and in groups, often wearing fancy dress and masks for Halloween. The photographs are startling in their emotional purity. As Doon Arbus, Diane Arbus’s daughter, notes in her afterword to the 1995 ‘Untitled’ publication, in these works, Arbus “…may have found her most transcendent and consistently romantic vision. These images – created out of the courage to see things as they are, the grace to permit them simply to be, and a deceptive simplicity that permits itself neither fancy nor artifice – shows us metaphors embodied in the facts, riddles without words or answers, fragments of an unwritten fairy tale.”

Diane Arbus, born Diane Nemerov in New York City in 1923, started taking pictures in the early 1940s and went on to study photography with Berenice Abbott, Alexey Brodovitch and later Lisette Model. Her first published photographs appeared in Esquire in 1960. In 1963 and 1966 she was awarded John Simon Guggenheim Fellowships. In 1967, she was one of three photographers to be included in the landmark exhibition, New Documents, at The Museum of Modern Art, New York. A year after her death her work was selected for inclusion at the Venice Biennale – the first work of an American photographer to be so honoured. The Museum of Modern Art hosted a major retrospective that travelled through the United States and Canada from 1972 to 1975 and, in 2003, the San Francisco Museum of Modern Art organised Revelations, a full-scale retrospective that then toured to museums in the United States and Europe, including the Victoria & Albert Museum, London, 2005-2006. From 9 May until 31 August 2009, the National Museum Cardiff will present a show of Arbus’s works as part of the Artist Rooms collection created by Anthony d’Offay and acquired by the nation in February 2008.