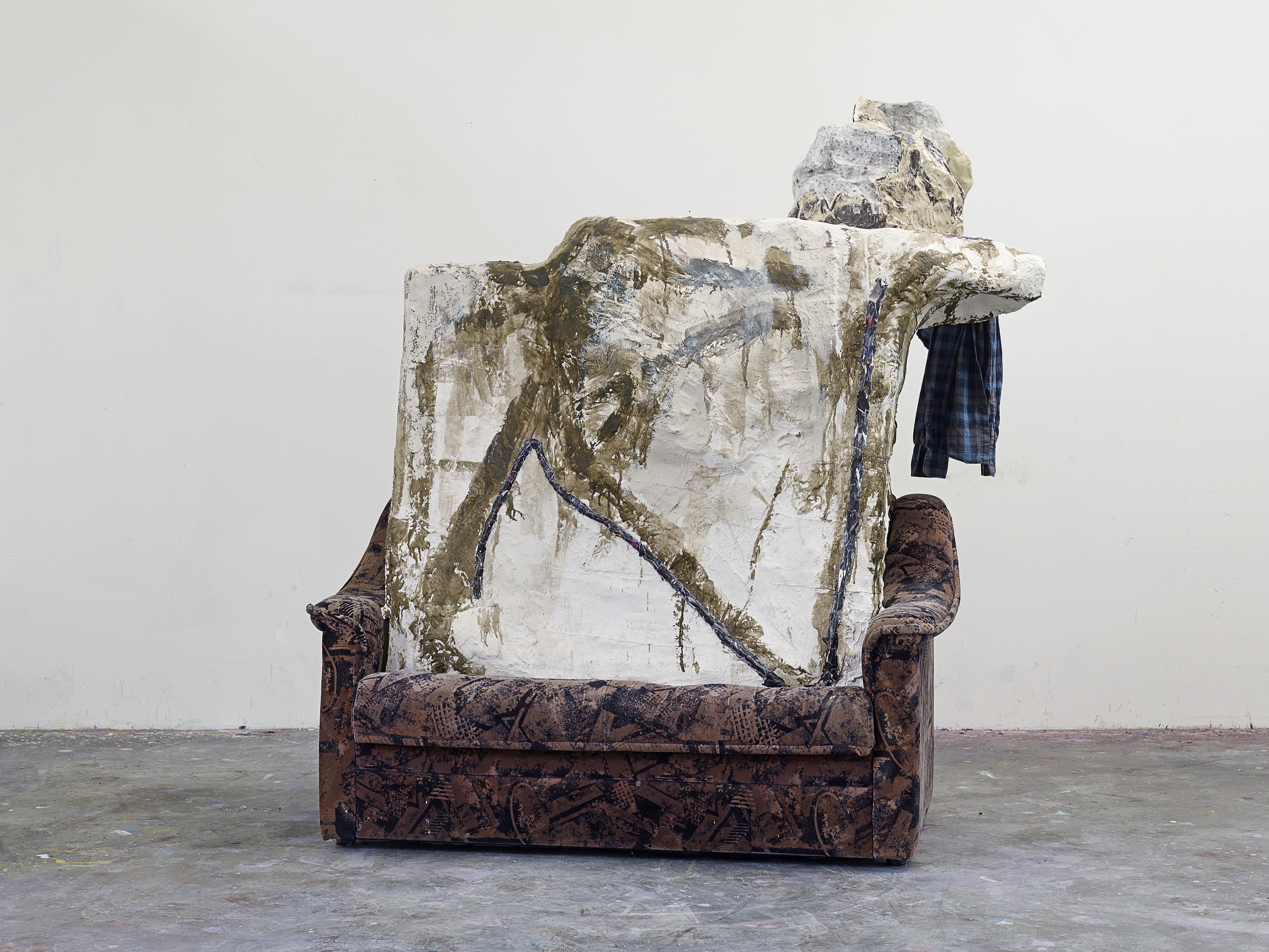 Jessica Jackson Hutchins, 31 January – 8 March 2014, London
Timothy Taylor Gallery is delighted to announce the second solo exhibition in London by the US artist Jessica Jackson Hutchins, following her 2013 solo shows at The Hepworth Wakefield, UK and Centre PasquArt in Biel, Switzerland, and her inclusion in Massimiliano Gioni’s The Encyclopedic Palace at the 55th Venice Biennale.
Read more

Timothy Taylor Gallery is delighted to announce the second solo exhibition in London by the US artist Jessica Jackson Hutchins, following her 2013 solo shows at The Hepworth Wakefield, UK and Centre PasquArt in Biel, Switzerland, and her inclusion in Massimiliano Gioni’s The Encyclopedic Palace at the 55th Venice Biennale.

Hutchins’ practice is a hybrid thing, one that restlessly evolves and engages with a multiplicity of formal vocabularies, from the absurd to the profound; the personal to the universal, in a permanent state of irony. The work is primarily made out of the ‘stuff in the room’, everyday household items: clothing, furniture, photographs, which bear the marks of time on their worn surfaces and are altered further by Hutchins’ interventions.

M, N, OH, 2013, takes a found sofa – a reoccurring object in Hutchins’ lexicon ¬– from which she builds a towering wall of plaster, extruding upwards from its cushions. This totemic mass, both obelisk and cliff, acts as a pedestal for a ceramic vessel, which in turn weighs down her husband’s old shirt that hangs from the edge. The letters from the title appear on the work – ‘M’ is found on the ceramic and ‘N’ is formed by papier-mâché across the plaster. The presence of the male figure, in the form of the shirt, elicits the ‘oh!’. This playfulness with materials, language and tone is central to Hutchins’ work.

In Pink on the Inside, 2013, an armchair acts as a plinth to an anthropomorphic vessel. The slumping form, part bodily stand-in, part performance prop, is ambiguous in its role and purpose as it hunches over the upholstered surface. It adopts a human-like quality like much of Hutchins’ sculptural forms, yet refrains from being simplistically figurative; a sophisticated collision of references and associations is at play here. As with the found objects and their personal histories, the sculptural interventions also carry the history of their own production. Colin Lang notes in the publication to accompany the recent museums shows, ‘Hutchins is an archeologist; one who excavates the present.’

This exhibition also features wall-based works including Cool Wake and #1 Rainbow (both 2013). The paintings are composed of re-stretched canvas with various inks, paints and materials permeating the unprimed surface. Hutchins flirts with what is ‘allowed’; the boundaries between each discipline bleed into one another; sculptures become plinths, canvasses support ceramic vessels or crumple awkwardly over industrial ladders; prints are juxtaposed with found objects. These forms are resolutely abstract yet they solicit ‘reading’. Their fragility and imperfections allude to the physicality of the human body yet they remain stubbornly indefinable.

Jessica Jackson Hutchins was born in Chicago in 1971 and gained her MFA from The School of the Art Institute of Chicago in 1999. She had her first solo exhibition in Europe at Timothy Taylor Gallery, London in October 2010, following her critically acclaimed inclusion in the 2010 Whitney Biennial. In 2011 she was included in the 11th Lyon Biennale and had solo exhibitions at the ICA Boston and the Atlanta Contemporary Art Center. In 2013 she had a solo exhibition at The Hepworth Wakefield, UK and Centre PasquArt in Biel, Switzerland, and participated in The Encyclopedic Palace exhibition at the 55th Venice Biennale. Forthcoming projects include a commission for The High Line, New York City (2014) and solo presentations at the Eli and Edythe Broad Museum at the Michigan State University (December 2013), Cleveland MOCA (January 2014) and the Aldrich Contemporary Art Museum in Connecticut (April 2014). Other projects in 2014 include a group exhibition Living in the material world at the Museum Haus Esters and Haus Lange, in Krefeld, Germany, and participation in the 5th edition of the prestigious international sculpture exhibition Lustwarande’14 – Rapture & Pain, Tilburg, The Netherlands, (June – September 2014.)

2013 saw the publication by The Hepworth Wakefield and Centre PasquArt, Biel of a fully illustrated catalogueEverything Erblaut, featuring texts by Kirsty Bell and Colin Lang, which gives a comprehensive overview of Hutchins’ work in the past 2 years of intensive production, including works in this exhibition.