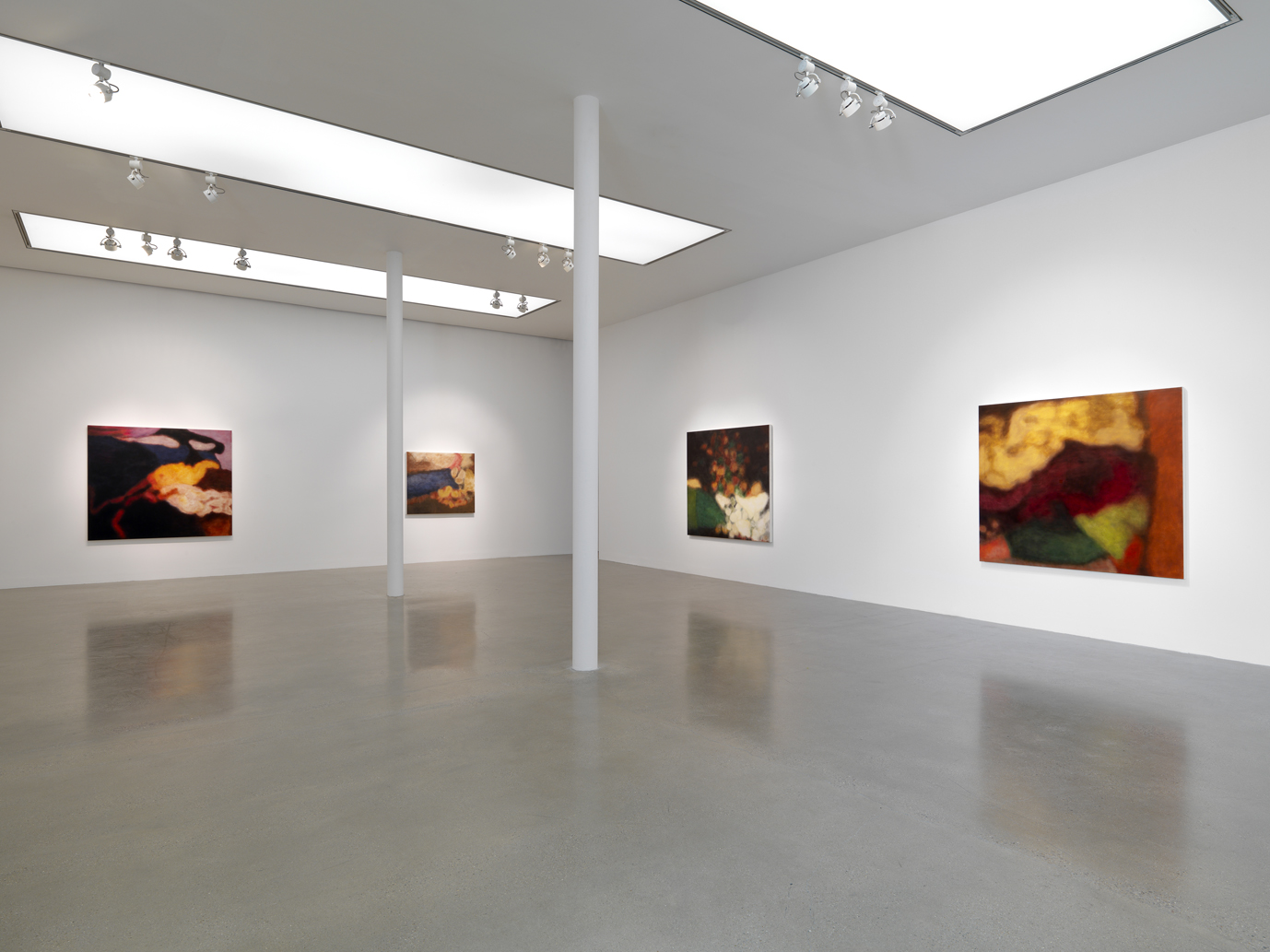 Timothy Taylor Gallery is proud to announce the first London solo show by Swiss artist Liliane Tomasko. The exhibition will present 12 recent canvases and selected works on paper that encapsulate her seductive yet unsettling vision.

Timothy Taylor Gallery is proud to announce the first London solo show by Swiss artist Liliane Tomasko. The exhibition will present 12 recent canvases and selected works on paper that encapsulate her seductive yet unsettling vision.

Drawn to liminal spaces and materials with their innate sense of possibility and transformation, Tomasko begins her process by taking photographs using a Polaroid camera, selecting the most emotive images as the basis for her paintings.

Choosing overlooked domestic settings and objects, she deliberately presents them as cropped, claustrophobic vistas, absolving them of their functionality and familiarity and dissolving in the process the psychological and physical boundary between the abstract and the formally recognizable.

The traditions of still life painting, the photographic frame and the moving image of film are similarly absorbed and blurred, creating composed yet freely painted canvases whose sense of time and meaning is constantly in flux. On a more intimate level, her Hungarian heritage, Swiss childhood and current nomadic lifestyle infuses the work with a personal and historic sense of displacement and freedom, expertly captured in a rich, complex palette; colour seeping into shade.

The contradictory complications of life are at the heart of Tomasko’s work and integral to its allure; quietly confident, her paintings encourage the viewer to navigate their own path whatever the consequences. Treading carefully, feeling our way, we are soon drawn in circles, disappearing into darkness, before returning to our beginning, surfacing anew.

Liliane Tomasko was born in Zurich, Switzerland and studied at Camberwell School of Art (1991-2) and Chelsea College of Art (1995). She received her MFA from the Royal Academy Schools in London (1998). She has exhibited widely in Europe and the USA including solo exhibitions at the New York Studio School, 2010; Zweigstelle, Berlin, 2010; and Hotel des Arts, Toulon, France, 2008. Most recently in 2011, she had a major solo exhibition, Luminous Matter, at IVAM, Valencia, Spain, which travelled to Casal Solleric, Palma, Mallorca, Spain, and Herforder Kunstverein, Herford, Germany. She lives and works in New York, Barcelona and Munich.

A fully illustrated catalogue with texts by Kelly Grovier and Oscar Humphries will accompany the exhibition.