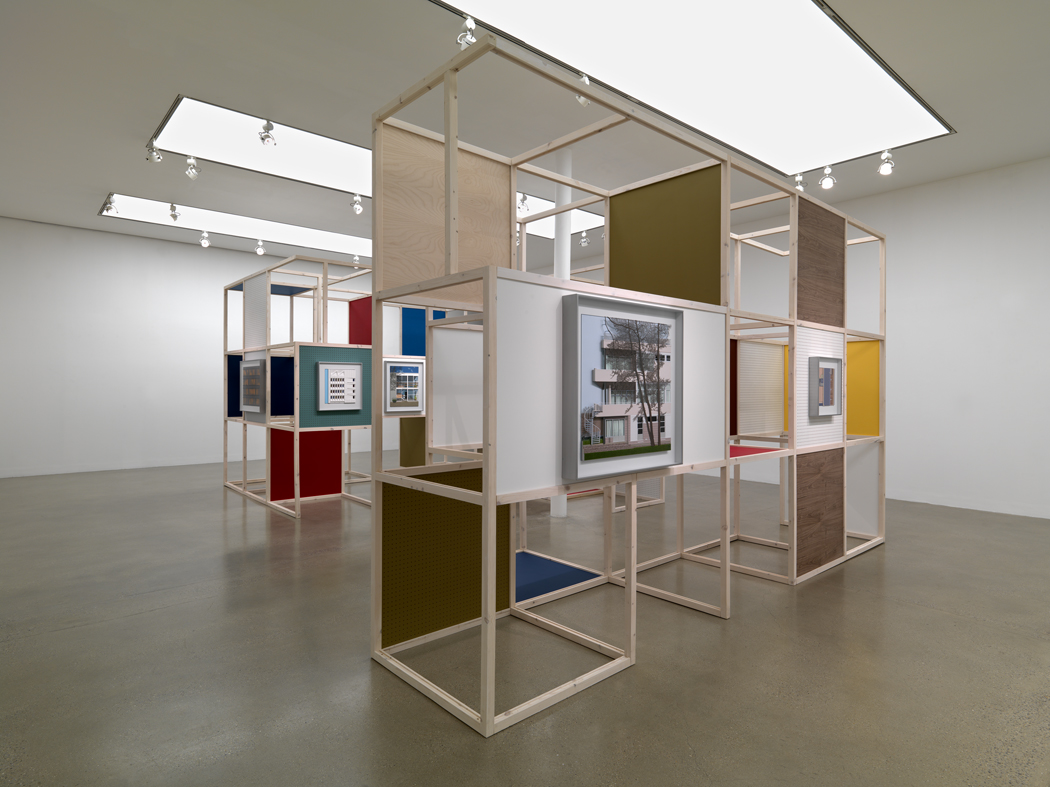 In a new departure for the artist, Pavilion presents 16 spectacular new works within a striking modular structure variously inspired by architects and designers such as Walter Gropius, Marcel Breuer and Manfred Lehmbruck. Williams has softened the original references by rendering the grid structure in soft wood with peg-board inserts, reminiscent of contemporary children’s furniture and suggesting a more homespun aesthetic.

The centerpiece of the exhibition, and the work that most graphically describes the nature of Williams’s practice, is an almost three metre wide collage depicting Jean Dubuisson’s apartment complex in Maine-Montparnasse, turned into an intricately-woven frieze running the full width of the work. Using nothing more than thousands of individually cut fragments of paper and card, Williams has translated this iconic example of what many describe as brutalist architecture, into a delightful, colourful and ultimately celebratory object. Williams’s work has an almost redemptive quality – her painstaking and meticulous handiwork re-investing these often unloved structures with something of the idealism, freshness and beauty that the architects originally planned.