Outside In, 18 May – 13 June 2012, London
Outside In explores how artists reinvent traditional genres including landscape, still life and interiors, and the relationship between these in their current and recent practice – reinvesting these traditional categories with new dynamism and interpretations.
Read more View Alex KatzView Antoni TàpiesView Jonathan Lasker 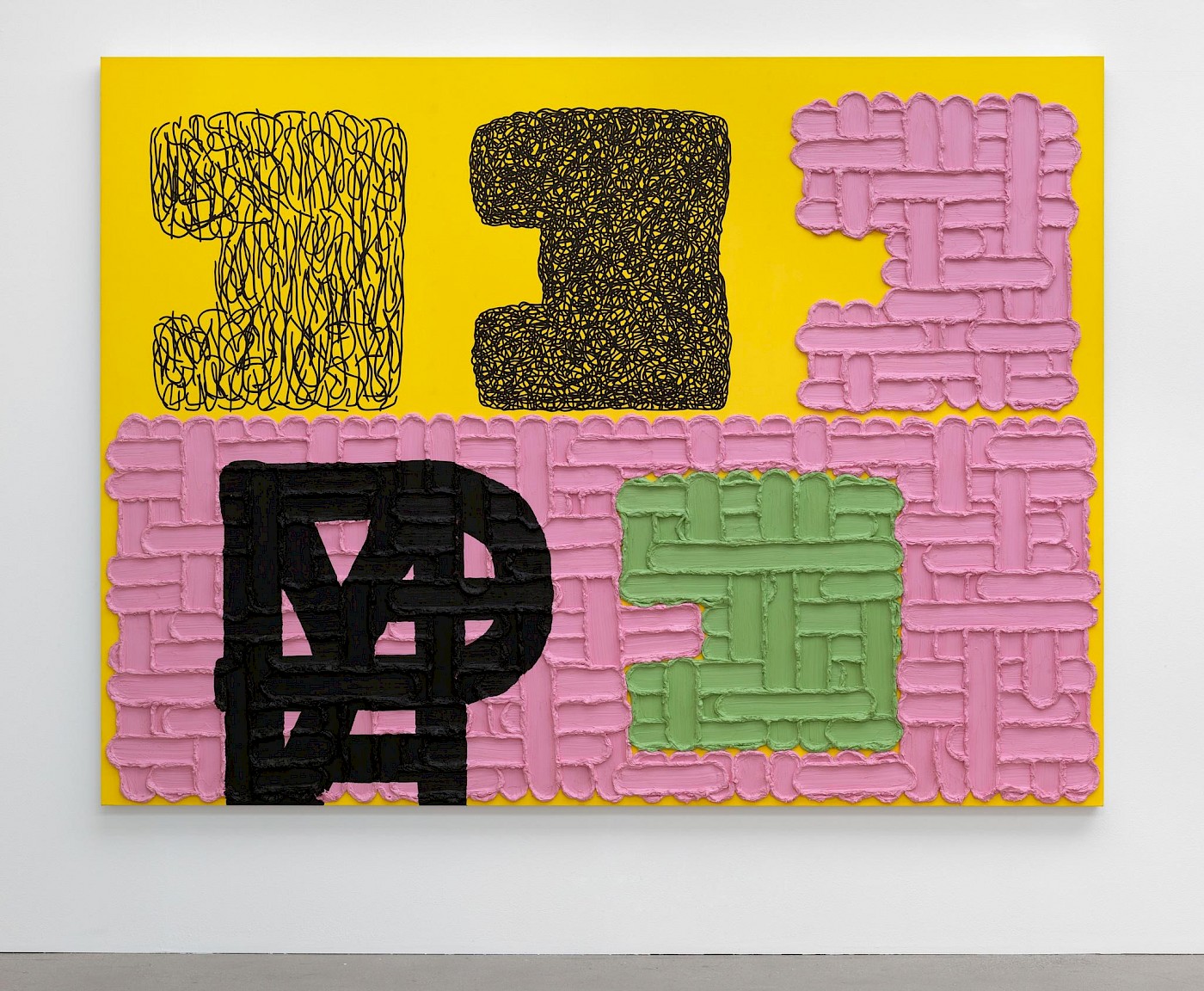 Outside In explores how artists reinvent traditional genres including landscape, still life and interiors, and the relationship between these in their current and recent practice – reinvesting these traditional categories with new dynamism and interpretations.

The exhibition takes its title from a work by Sean Scully, Outside In (Yellow), 2009, in which a ‘window’ within the painting is filled with an ochre and brown canvas, strongly suggestive of an autumn landscape. Several panoramic paintings feature in the exhibition; their extended forms reminiscent of cinema and of the popular illusory paintings of landscape views created in the 19th century.

In Harbor # 8, 1999, Alex Katz creates an exuberant beach scene. His wife, Ada, sits squarely in the centre of the work, while the sand and sea bisect the canvas laterally in dramatic colour blocks. The panorama format continues in Bridget Riley’s Painting with Verticals (Cadence 2), 2006, which reveals Riley’s interest in French 19th century and Impressionist landscapes, with its vibrant, interlocking forms. Fiona Rae’s Untitled (white, orange and yellow), 1995, is a whirling, dynamic abstract that nevertheless suggests natural and organic forms. Meanwhile Cecily Brown continues the pastoral theme with her In, Out, Under, Through, 2005, a cleverly abstracted homage to Manet’sDéjeuner sur L’herbe, 1862-63.

Other works in the exhibition look in the opposite direction: towards the interior and the metaphor of the self as interior. Doors literally mark the place of a threshold; symbolically they often refer to the passage between one state or another. In Antoni Tàpies’s Tres Portes, 1995, the three white doors are full of poetic power and suggestive potential. In Jonathan Lasker’s An Image of the Self, 2009, we read the abstract bodies immediately as figures – reflecting versions of the self in their differentiated repetition.

Outside In – Timothy Taylor