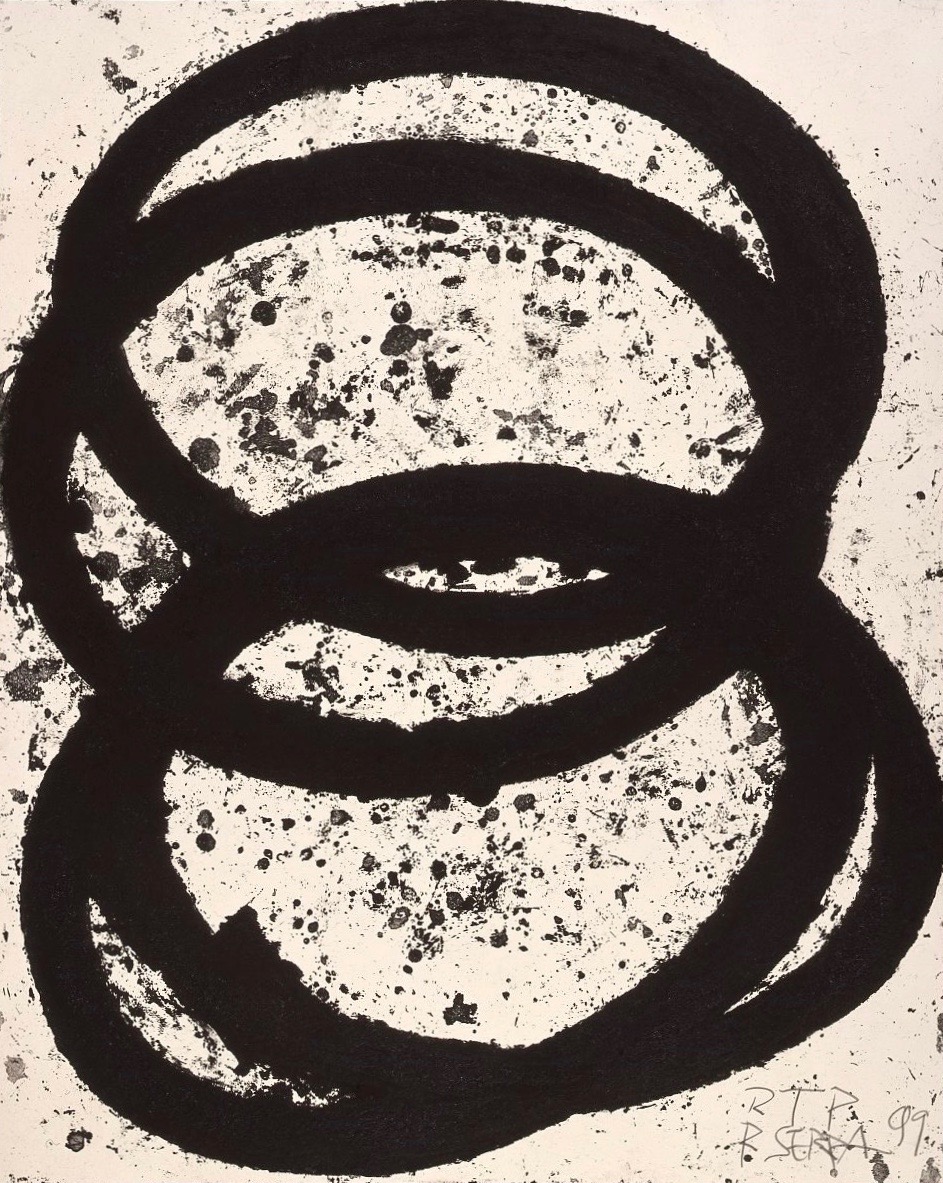 To create the richly textured surface of these new etchings, Serra worked the surface of the copper plate by building up layer upon layer of Paintstik and/or lithographic crayon. Selected randomly by the artist, Serra would either pour the molten material or rub the solid material onto a plate laid flat on the floor of the studio, permitting him to press the material through an aluminium screen, often using his feet. His completed drawings on the copper plate had a very sculptural, textured appearance, with some points as thick as 3/4 inches.

To process the plate and prepare it for printings, the drawing material needed to be washed from the plate, but prior to doing so, the drawing was carefully photographed using sharp-angled lighting to accentuate the detail; a lacquer block-out then was applied over the entire surface of the plate. The photography produced a high-contrast film positive, which was photographically transferred to a screen and, using this screen, a water-soluble sugar-lift was printed onto the exposed copper plate where the highest points of the imagery had been. Next, another application of blue lacquer block-out was applied, covering the sugar-lift. The plate was placed in warm water and the sugar, representing the highest points of Serra’s textured drawing, dissolved and lifted off, removing the blue lacquer in that area and exposing bare copper. The other areas of the copper plate, representing the lowest parts of Serra’s drawing, were protected from the etching process by the remaining blue lacquer block-out. This technique thereby transferred the detailed information of Serra’s textural drawing onto the plate.

The chemical etching of the plate now began, requiring selective etching in certain areas and careful monitoring, all over the course of three or four days. During this time the plate was taken out of the acid bath often, looked at for fidelity to Serra’s drawing, and then put back into the bath. When the master printer found that the plate had reached the desired texture and bite, it was removed and made ready for printing. During the initial printing, proofs were presented to the artist who either accepted or continued to refine the imagery, making further additions and deletions to the plate.

When final approval was given, the edition printing could begin. Each print required between 2 1/2 to 3 hours inking and preparation time prior to printing, which translated to no more than 3 prints per day. Because Serra did not want any plate “tone”, the printers had to over-wipe the plate and then re-apply ink in certain areas. Once completed, the prints were sprayed with an acrylic clear-coating which allows them to be displayed in a frame without the need for a glass or plexiglass.