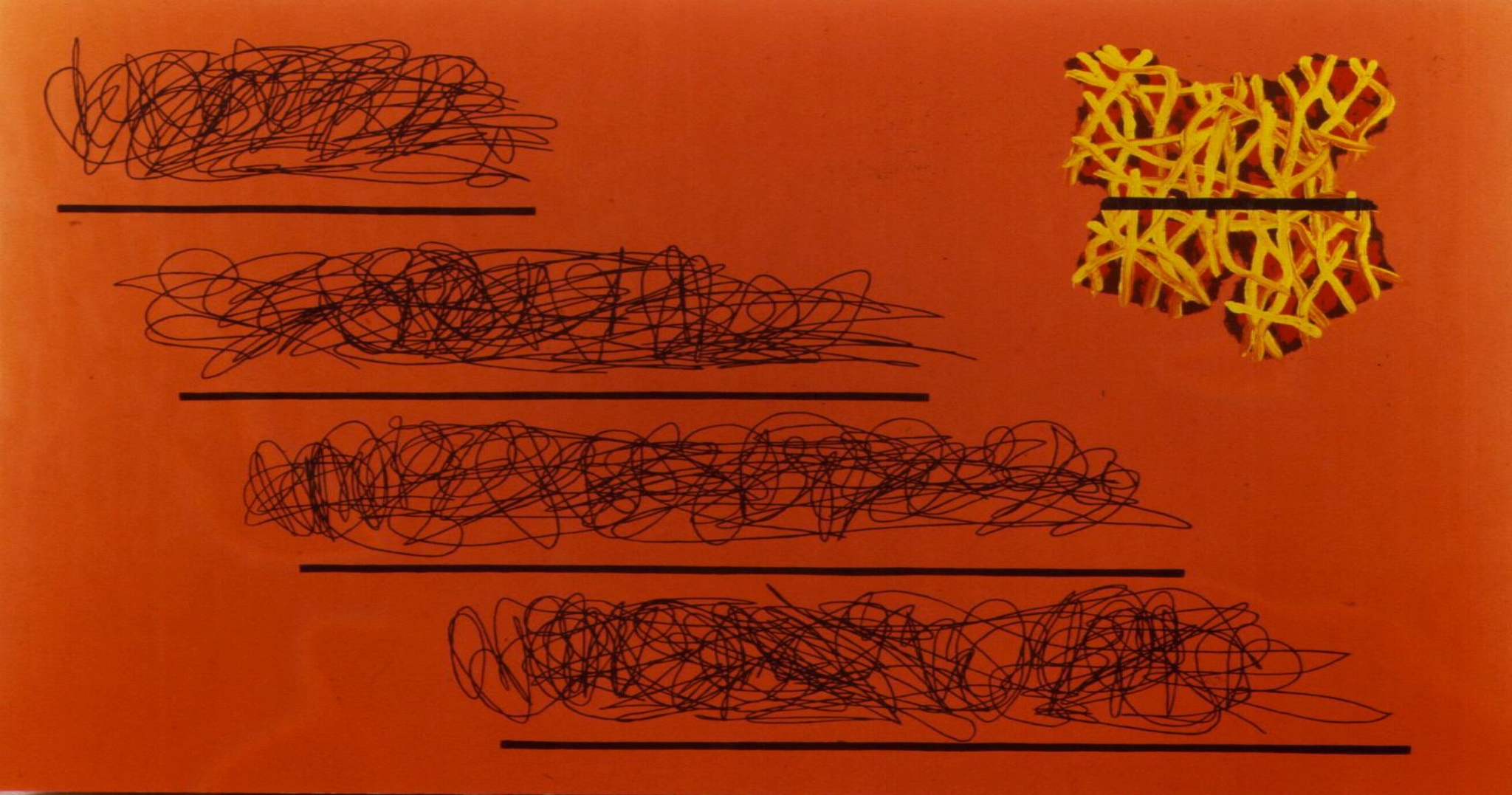 Sean Scully (b 1945)
“Coyote” 2000, oil on canvas, 108 x 120 in (274.32 x 304.8 cm)
This is the first chance to see a major painting by Scully since the critically successful “Wall of Light” exhibition, at the South London Gallery last year.  Scully’s new painting “Coyote” is a large, confident painting which further develops the themes explored by the “Wall of Light” series, its surface evolving from the use of black as a colour.

Miquel Barcelo (b 1957)
“Copito de la Nieve au Tournesol” 1999, mixed media on canvas. 91 x 91 in (231 x 231 cm)
“White Gorilla Eating Sunflowers” shows all the strength and ambition of Barcelo’s painting. The subject, frustrated and screaming, is seemingly clawed out of the paint. This action and the ensuing energy become the subject. His still lifes, landscapes and portraits are not romantic and have a strong physical presence, exhibiting a love of paint in a textural play between matter, light and image.

Guillermo Kuitca (b 1961)
“Corona de Espinas” 1993, oil on canvas, 114 x 77 in (249.56 x 195.58 cm)
Kuitca’s paintings are explorations into the mechanics that have developed to define and organise the world, such as mapping and charting. The systems created to house, store and entertain are recorded with a focus on those spaces where individual and communal experiences overlap. “…the crown of thorns became an independent motif as a scribble, a gesture that is opposite to the formal rigor of an architectural plan.”

Jiri Georg Dokoupil (b 1954)
“Dos  Patos” 1989, soot on canvas, 130 x 162 cm (51 1/4 x 63 3/4 in)
Rather than cultivate a specific style, Dokoupil employs a wide variety of techniques in the production of his work.  Priority is given to a pure and visually emotive response over a fascination with technical procedures. “Dos Patos” is a rare example of an early soot painting,, a technique invented and pioneered by Dokoupil in a search for an “organic style of painting” that, “in contrast to today’s thought-generated painting, should be derived from seeing or rather from perceiving.”

Donald Baechler (b 1956)
“Black Horn” 1998, acrylic and collage on canvas, 152.4 x 152.4 cm   (60 x 60 inc)
For Baechler, painting becomes an appropriation and re-creation of the world. He paints varied images that we may assume will be understood everywhere and in doing so tempts the viewer to conclusions which he then subordinates to his own concept. Despite his interest in the conceptual, Baechler is concerned with making “good” paintings:  “I always used to tell people “’I’m an abstract artist before anything else” and I still say that occasionally. For me it’s always been more about line, form, balance and the edge of the canvas – all these silly formalist concerns – than it has been about subject matter or narrative or politics.”