Joyce Pensato (b. 1941, Brooklyn, NY, d. 2019, New York, NY) was critically acclaimed for her nuanced paintings of figures based on cartoon characters, such as Homer Simpson, Mickey Mouse and Batman. Pensato’s drawings, wall paintings and installations appropriated the images of American entertainment culture, particular comic book culture. As a young artist, Pensato tried her hand at Abstract Expressionist-style painting before giving voice to her previously unshown cartoon drawings, combining the characters of pop culture with the large scale and gestural brushwork of these earlier paintings. The art historian Robert Storr wrote on her paintings: ‘Pensato's work is a jolt of manic energy of a kind we desperately need, a kind that can't be faked and that few have the strength to muster much less the stamina to sustain.’ 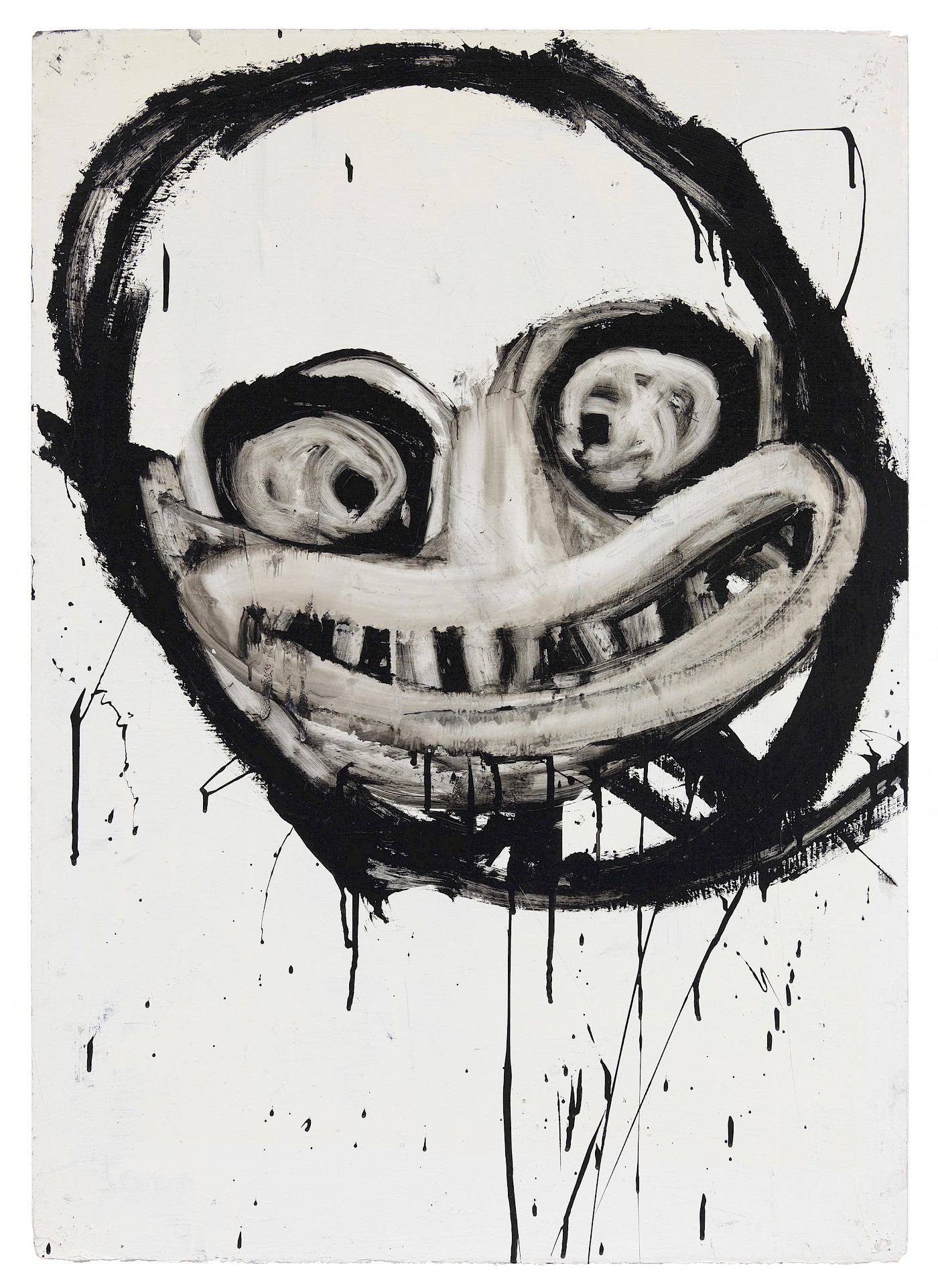