Rick Briggs (b. 1954, Philadelphia) is an American artist known for his key role in the Williamsburg art scene in the early 1980s. After receiving a B.F.A. from the Tyler School of Art, Briggs moved to Williamsburg, Brooklyn in 1981 and completed an M.F.A. at SUNY Purchase.
Brigg’s paintings are characterized by their improvisational nature and sense of immediacy, qualities influenced by his lifelong love of jazz. His works frequently incorporate collage elements such as color swatches, rags, stir sticks and paint roller sleeves, which reference his former career as a house painter. He views these items as critical to his painterly vocabulary and as a point of departure for his investigations of paint.

Briggs has been the subject of several solo shows, such as Ortega y Gasset Projects (2017), Valentine (2012), and Sarah Bowen Gallery (2008). He has also  been featured in the exhibitions Party at Phong’s (2008), curated by Chris Martin, at Janet Kurnatowski, and Making Do (2008), curated by Robert Storr at the Yale University School of Art. His group exhibitions include the Brooklyn Museum of Art, the Yale School of Art, Paula Cooper Gallery, among many others.Briggs was awarded the 2012 Pollock-Krasner Foundation Fellowship and the 2011 Guggenheim Fellowship. 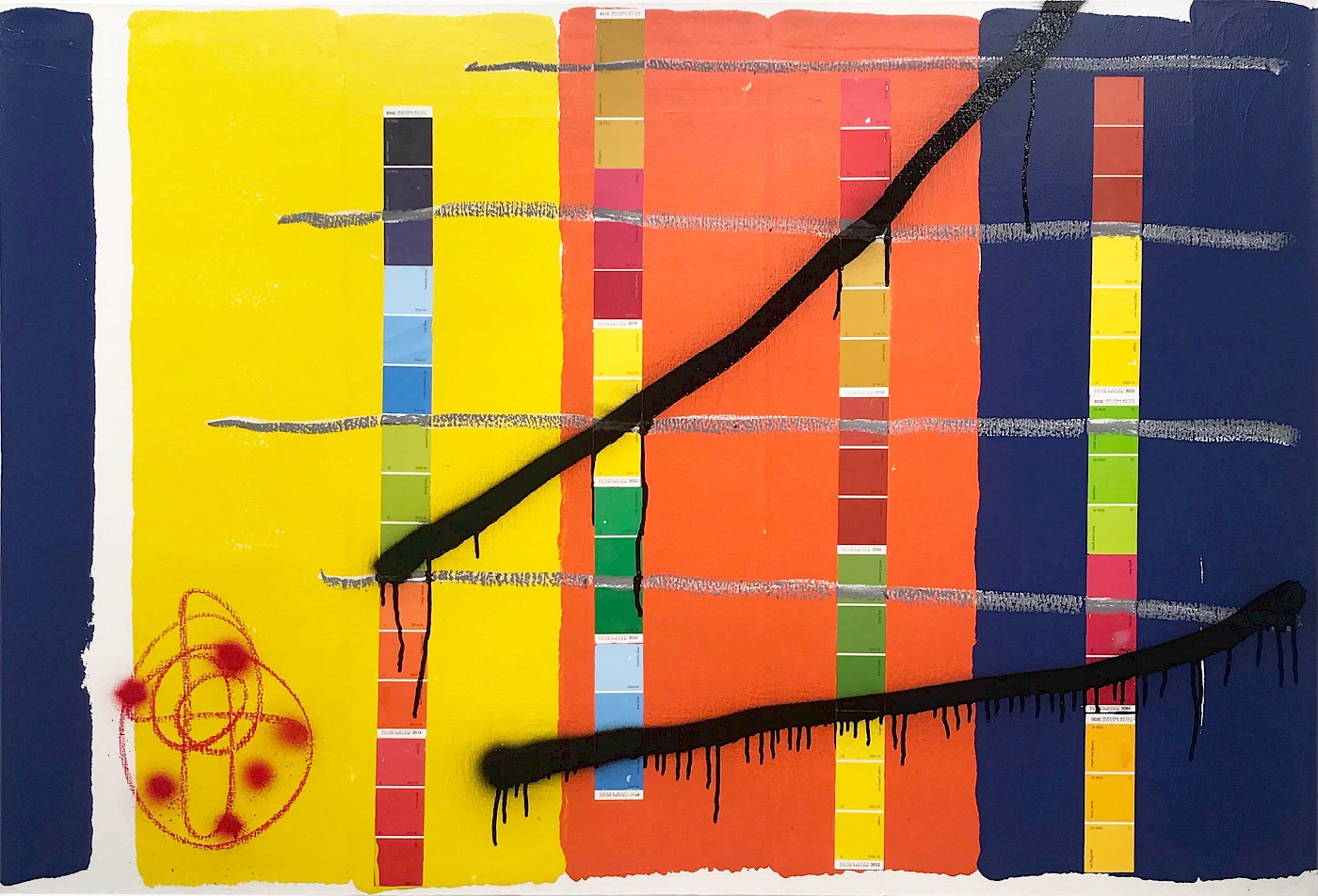